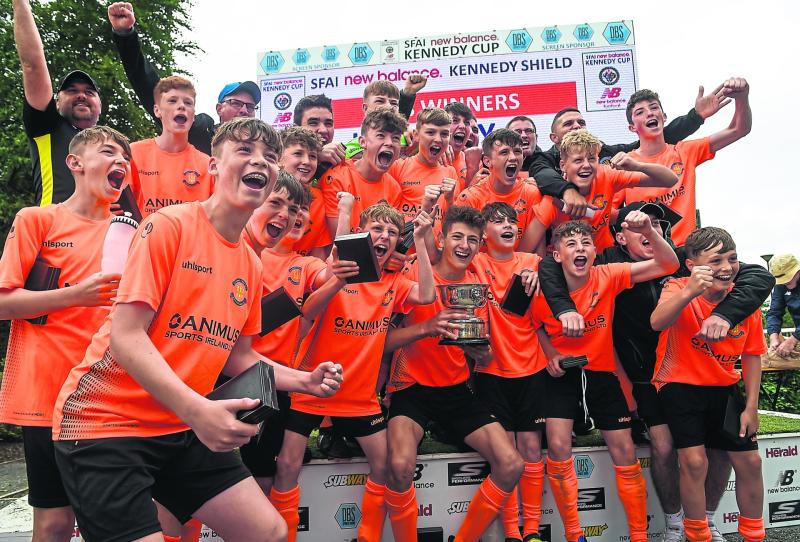 The Kilkenny & District League Kennedy Cup team, who won the Kennedy Bowl last year, have been drawn with the DDSL, Drogheda and Athlone in the 2019 competition

The Kilkenny & District League will face the DDSL, Athlone and Drogheda at this year’s Kennedy Cup.

The draw for the national inter-league competition saw the Cats drawn in Group Six with the reigning champions.

Kilkenny were also winners last year, clinching the Kennedy Bowl title when they beat the Midlands League 1-0 thanks to a Cillian Kelly goal in extra-time. The action kicks off on June 11 at the University of Limerick, with the finals taking place on Saturday, June 15.

The draw for the group stages saw some exciting groupings emerge, with Wexford, Waterford, Wicklow and the WWEC in Group One.

The Midlands, Dundalk, Mayo and NECSL are in Group Four while last year’s runners up, the KDUL, are in Group Five with Kerry, Clare, Limerick County.

The DDSL are joined by Kilkenny, Athlone and Drogheda in Group Six, while Limerick Desmond, Donegal, Sligo/Leitrim and Carlow are in Group Seven.