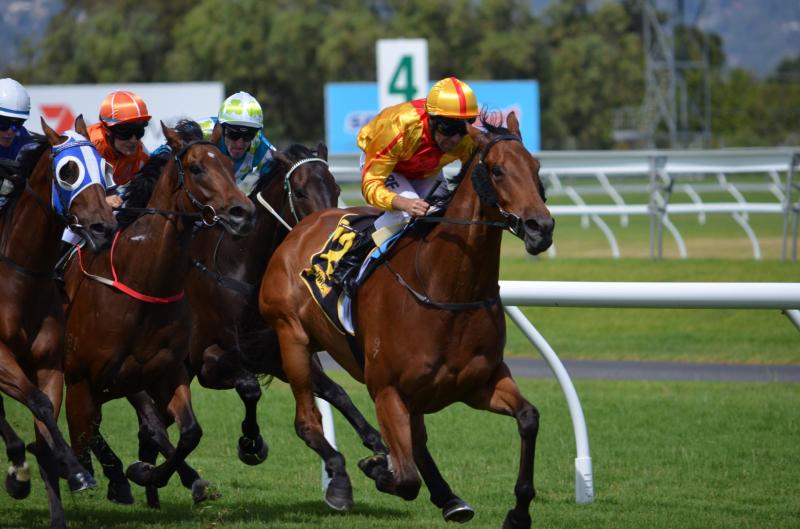 One of the two most electrifying sporting moments of my life, or at any rate of my life watching sport on TV, took place a third of a century ago next week. Dawn Run’s Gold Cup.
Yes, a third of a century ago. Thirty-three years. Scary. That noted existentialist philosopher Ferris Bueller had it right. Life does indeed move pretty fast. As fast as Dawn Run came up the hill in Cheltenham that unforgotten, unforgettable afternoon.
To appreciate the significance of her triumph you’d have to have been around in the mid-1980s. People got excited about it because there wasn’t a lot to get excited about otherwise. The economy was on the floor. Emigration was rampant. Jack Charlton had just been appointed Ireland’s soccer manager, but it would take two years for that to bear fruit.
The state of the nation had implications for Irish fortunes at Cheltenham too. Promising National Hunt animals were being sold to England almost as soon as it became clear they were promising.
The year before Dawn Run’s Gold Cup had seen two Irish horses victorious at the festival. The three years that followed Dawn Run’s Gold Cup saw – unimaginable now - a total of two Irish winners. Or, if you prefer, one Irish winner: Galmoy, presumably heavily backed in certain corners of north-west Kilkenny, won the Stayers Hurdle in both 1987 and ’88.

But even he could only do so much and in 1989 there would be no Irish winner. A whitewash.
It was into this grey mist, this void of colour and hope and excitement, that the wonder mare came. She was trained by Paddy Mullins in Goresbridge, meaning she was one of our own. She had won the Champion Hurdle in 1984 and was attempting to become the first horse ever to do the Champion Hurdle/Gold Cup double. But she’d only had four outings over fences, one of them a fall at Cheltenham in her prep race a few weeks earlier. All told, she was no sure thing despite starting the 15/8 favourite.
No, I wasn’t on. I wasn’t in the habit of backing 15/8 shots at the time and even if I’d wanted to I hadn’t the money. But my emotional investment was considerable.
The day was dry but overcast – the same day, incidentally, that Kilkenny’s long awaited branch of Dunnes Stores opened in Kieran Street. I watched the race in that splendid establishment, Shem Lawlor’s of John Street (now Brogan’s), in the company of redoubtable St John’s men like Noel “Dolly” Malone. Dawn Run jumped cleanly, one mistake at the water apart, and ran a blinder until the second last, whereupon she began to be overhauled by Forgive ‘n’ Forget, the reigning champion, and Wayward Lad, a brilliant three-miler who didn’t quite get the extra two furlongs of the Gold Cup trip.
Fair enough. No surprise. Not a biggie. I remember thinking as they jumped the last that at least she had got around and that, all told, this was a creditable performance by a horse that was a novice in everything but name.
Halfway up the run-in something odd happened. It slowly became apparent that both Forgive ‘n’ Forget and Wayward Lad were tying up. And Dawn Run was, well, running on.
Defeat became victory. Respectability became immortality. The roof nearly lifted off Shem’s.
The lapidary tones of Peter O’Sullevan still ring down through the years. The sight of some spectator flinging his hat a mile up into the air, so high it goes out of camera shot, still makes me giggle. If I watch the race late at night I probably do so with a tear in my eye. (Please don’t tell anyone this.)
It’s about time we had another Gold Cup winner trained by a Kilkenny man. Paddy Mullins’s son Willie has three well fancied entrants next week in Kemboy, Bellshill and Al Boum Photo. If you’re reading this, Willie, and fancy one of the trio in particular, you know where I am.
The other most electrifying sporting moment of my life, by the by? Sin scéal eile. One of these days.