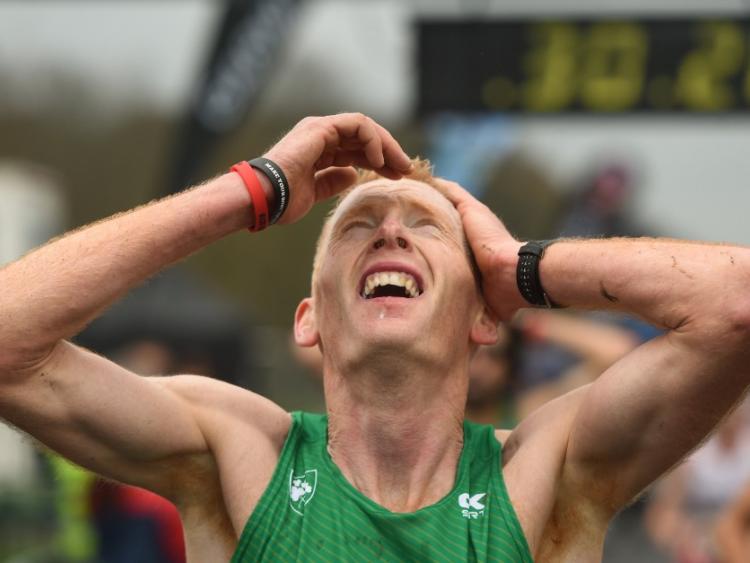 Brian Maher was one of the speakers at the workshop

It might sound strange for people who want to get better at running, but patience and rest are key parts to maximising your performances.
Kilkenny City Harriers revealed some of the secrets on how to improve people’s ability at their Unlocking Your Running Potential workshop on Friday.
The event, which was held in the Set Theatre, saw the city athletics club assemble a talented team of experts who gave some insight on how to improve overall performance.
“There’s never been so much information on running,” said compere John Maye, “but it’s incredible how little we really know.”
Described as ‘lifelong students of running’ among the panel who gave their insight were Brian Maher, Professor Niamh Richardson, Adele Walsh and Dr Noel Richardson.
Each spoke on different topics related to their chosen sport. Brian Maher went through details of his training programme, but spoke at length about the need for runners to have faith in their work.
Step Back
“Take a step back,” he said. “Slow down the intensity, but do a little more.”
Taking that sensible approach to running was something echoed by Adele Walsh. The owner of Adele’s Eat Train Live group spoke of the need to train smart and how to stay healthy, stressing that there is always another race - “you can win or learn,” she said.
Learning was a key part to enjoying running, according to Dr Noel Richardson.
Among the 10 lessons he gave to the audience was the need to place as much importance on recovery as training, while also developing a strong base to achieve better results.
“Running is an incredible gift,” he said. “It’s something to treasure.”
The evening concluded with a questions and answers session, where the speakers were joined by athlete Thos Hayes and Clare Lodge, Chartered Physiotherapist and lecturer in the Department of Science and Health at IT Carlow.
The core points in their address were consistency in training while avoiding an overload. A timely and patient approach was necessary to get the best out of every runner.