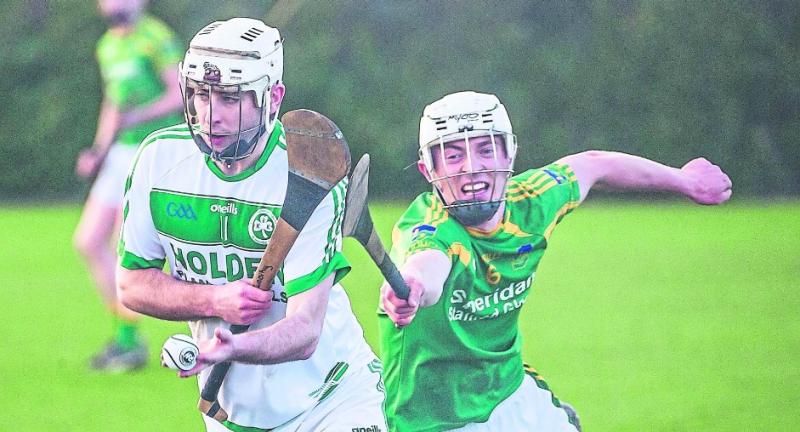 Defending champions, St Kieran’s College felt the melting heat of pressure during the closing stages, but they held on for a battling win over Christian Brothers College, Cork in the All-Ireland post primary schools senior hurling championship (Roinn A) semi-final in WIT today.

Victory earned St Kieran’s a shot at what would be their 23rd Croke Cup in a repeat of last year’s final against the Presentation College, Athenry on Saturday, March 30.

Two minutes from the end the Leesiders looked a beaten team when Eoin Cody, who won an All-Ireland club final medal with Ballyhale Shamrocks at the weekend, punished a foul on Conor Murphy when converting a free from 70 metres. The winners were 0-17 to 0-13 in front.

However, the CBC came with a strong final kick. They earned points by the excellent Kevin Finn and another from a free by ’keeper, Cian Long, who went for a goal from a close in free in injury-time only to see the ball turned over the bar, as they kept up a ferocious chase to the final whistle.

St Kieran’s produced a determined backs to the wall effort in injury-time that got them through, but overall this was a far from convincing performance.

The CBC mounted a serious aerial bombardment from the off when assisted by the light breeze. They had the opposition under pressure as full-forward, Jack O’Kelly broke a lot of ball and team captain, Shane Barrett played well and made the best of chances from frees.

The scores were level twice early on before two lovely strikes by Aaron Brennan shot St Kieran’s 0-4 to 0-2 in front by the seventh minute. When Barrett shot his fifth score in the 30th minute the Leesiders got back level for the third time, 0-8 each.

They fell behind again in lost time when a long range score from midfielder, David Blanchfield earned St Kieran’s a 0-9 to 0-8 lead at the break.

When St Kieran’s opened the new half with a blast of unanswered points from Cian Kenny, Eoin Cody at the double and then Martin O’Connell to jump 0-13 to 0-8 clear they looked set to motor.

The CBC sounded a warning when the hard-work Declan Hanlon blasted a ferocious shot just wide of the St Kieran’s goal. The losers had the arrears back to the minimum turning into the last quarter when sub, Padraig Power pointed (0-13 to 0-12) and again seven minutes from the end (0-14 to 0-13), but Kieran’s responded well each time.

Cody had a shot at goal blocked in the 55th minute before Conor Hoban put the ball over the bar before it could be cleared. When David Blanchfield and Cody (free) added to the gains to up the divide to four points, the Cork side look gone.

They were, as it turned out, but their spirited finish troubled St Kieran’s, who will be seeking a big improvement in form in the final.