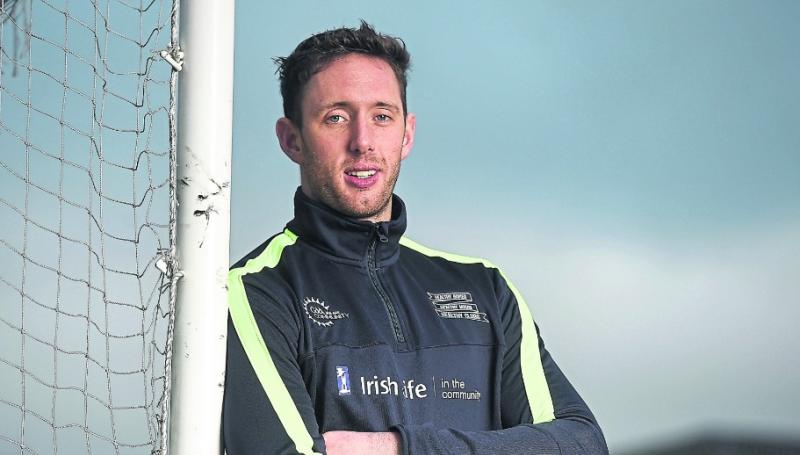 Michael Fennelly captained Shamrocks to success last year, but he is taking a break now

The All-Ireland club final was played only a few weeks ago, but championship kings Ballyhale Shamrocks will be ready to go again when the ball is thrown-in against Clara on Saturday in John Locke Park.
There was plenty of fun and enjoyment had by all following the epic Croke Park victory over St Thomas (Galway), but now it is time to get back to business and dealing with Clara won’t be easy.
Gavin Butler was one of the seriously committed behind the scenes battlers in the Shamrocks squad throughout 2018, when he worked his socks off to put the horror of a leg injury suffered the season before behind him.
Butler, brother of regular corner-back, Brian Butler, saw game time during the last league and was introduced as a sub in the county final against Bennettsbridge. Now with his fitness improving all the time he is hoping to be part of the bigger picture in 2019.
“The league has come around so quickly it is hard to believe,” Butler said when speaking at the official launch of the season in Nowlan Park.
He smiled a broad smile when telling us Shamrocks took a break and enjoyed the celebrations after the All-Ireland win. Now they were up for the action again, but April would be a tough month with games against Clara and neighbours, Mullinavat.
“You have to celebrate victories,” he said with a warm, mischievous smile. “You don’t wreck yourself, but to celebrate is part of the whole thing. If you don’t enjoy winning and get some kick out of it, what’s the use?”
He said it was great to celebrate the All-Ireland win with colleagues, friends and neighbours from the parish. A lot of the players won their first All-Ireland, so there was something special about it.
“The whole journey was special,” Gavin beamed. “In the Kilkenny semi-final with ’Comer it looked like we were beaten. We survived and won the final, and it was great to win Leinster after that. I think our form took in Leinster took off.
“But what happened in Croke Park was way beyond what we would have expected. It is not often something like that happens. It might never happen again. It was a brilliant occasion.
“Now we have to go again.”
Gavin admitted it wouldn’t be easy to simply turn around and perform again. But it had to be done, because everyone knew what the end goal was.
“We would be hoping for the same end goal,” he insisted. “We have to come out of the traps quickly. If you stutter at the start you put serious pressure on yourself. You need to be strong at the start.
“We have a good, strong and young panel. Hopefully this year we will give it another good rattle.”
The arrival of ‘King Henry’ as the beginning of last season as Shamrocks manager was greeted enthusiastically by everyone in the club, and it put everything on a higher level, Gavin felt.
“He has massive experience and he commands massive respect,” Butler insisted. “Everyone in Kilkenny knows he is a genius.
“There was a hugely positive response to his appointment. It would have been the same wherever he took the first step into management, but we were the lucky club. He has done so much for hurling.
“However, Henry can’t carry everything. We are the players. We are the ones who must make things happen on the pitch. The squad responded well last season and now we are looking forward to trying to do it all over again.
“There won’t be any major hang-over after the All-Ireland,” Gavin added. “Playing Clara is a great first round match, and a nice way to bounce back into action.”