Intermediate champs Graigue anxious to get going against senior clubs 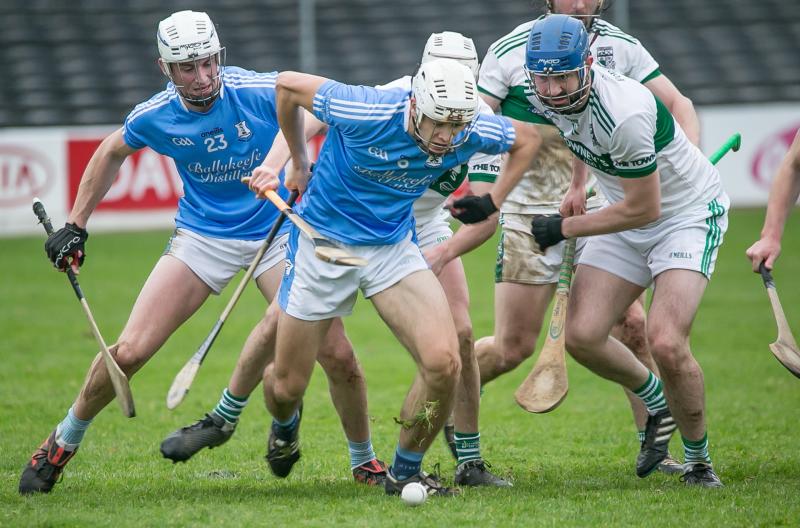 The 2019 season will have to go a long way to match the exploits of 2018, but it’s safe to say Graigue-Ballycallan are already living the dream now they’re back on the big stage.
“It’s hard to describe the feeling of winning the intermediate county final and becoming a senior club again,” said Ballycallan’s Dara Egan. “There are a lot of different emotions, especially as we’d been working hard to get back up since our relegation in 2013.
“Once that does happen it takes time to sink in,” he said of achieving that promotion goal. “You’re still in celebration mode throughout the winter but we know we’re out of the intermediate grade now and are fully focused on the senior challenge.
“We’re looking forward to it,” he added. “We want to go out there and show we can hold our own at this level.”
The last season was something special for the Kilmanagh club, delivering county and provincial glory.
“It was a brilliant year,” said Egan, who captained the side to their successes. “It couldn’t have gone much better. The icing on the cake was winning the county final against Tullaroan in Nowlan Park. That was the main aim of last year - now we’re looking forward to getting going again in senior hurling.”
One of the championship favourites from the outset, they certainly delivered on the field.
“There was a real expectation on us to do well last year,” he said. “In 2017 we got to the county final but didn’t win (St Patrick’s Ballyragget beat them by 1-19 to 2-10).
“Last year we wanted to prove it wasn’t a fluke that we made the final. Our aim was to get back to the county final and then, once we got there, the aim was to go one step further.
“We were kept going by the Leinster and All-Ireland club championships, which helped keep us going,” he said. “We took a few weeks off after the semi-final, but we’ve been back in training the last while. We’re raring to go again.”
Taking the break was vital for a team who had been on the road for such a long time - especially as the senior game provides a greater challenge.
“The aim, like every other year, is to make a good start in the league,” he said. “It’s going to be a big step-up, so we want to hit the ground running.”
Challenge is a key word for Ballycallan, who know what they’re facing in the senior grade.
“Once the league group draw was made it was clear to everyone ‘this is what we’re up against, this is what we have to do’,” he said. “Right away every got their focus again and realised what challenge we have ahead of us.”
Not that Graigue will look too far ahead. Dicksboro will provide the challenge - and that’s as far as their attention will go.
“It was natural to look at the group and the layout of matches, but after that we switched our attention to the Dicksboro game on Sunday,” he said. “We’re going to take it game by game, but what a way to start than by taking on the ’Boro. It will give us a great introduction to senior hurling, giving us a serious test of where we have to be.”
As with any team coming up a grade, the initial goal is stability - but Graigue have high standards too.
“We won’t get ahead of ourselves,” Egan finished. “This year will be about stability and finding our feet at senior level, but that doesn’t mean we’ll be happy with trying to stay up. We’ll take each game as it comes and see how far we can go. We really want to test ourselves this year.”