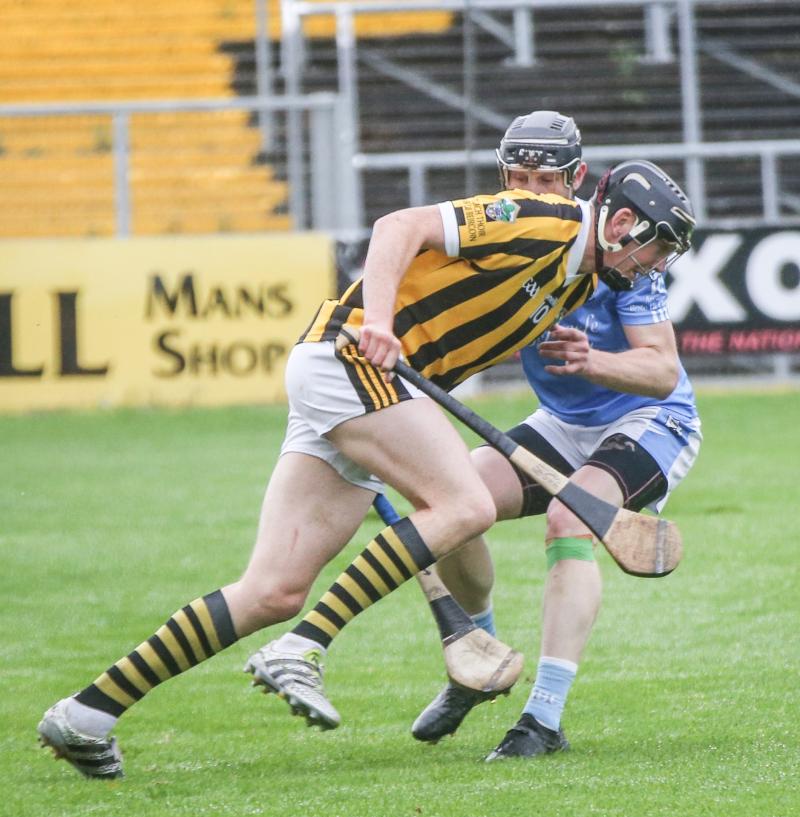 Water Walsh is the main man for Tullogher-Rosbercon

Building on the good form of last year, not to mention constructing a solid panel, will be key to Tullogher-Rosbercon’s fortunes for the 2019 season.
“Getting off to a good start is massive,” was the view of Walter Walsh, the focal point of the Tullogher-Rosbercon attack, as he previewed the intermediate season. “You don’t know where it will lead to.”
One of the dark horses in 2018, Tullogher made people sit up and take notice when they galloped into a winning run the league, scoring three straight wins. While they tapered off after that they made a charge in the championship, beating Fenians (Johnstown) and John Lockes before bowing out at the semi-final stage to eventual winners Graigue-Ballycallan.
Momentum
“We got things going at the right time of the year,” he said, reviewing the 2018 campaign. “Graigue-Ballycallan were a serious team and pipped us in the semi-final, but we were happy that we got a good run and the momentum we made.
“It just showed that anyone in the intermediate grade is capable of winning the championship, but definitely getting off to a good start is massive. In the last few years you’ve seen that the winners have done well in the league too - Ballycallan were no different last year, finishing in the top two of the group. Once you get that good start you don’t know where it will lead to.”
The form of previous champions highlights the importance of the league, offering clubs the chance to kick on.
“It’s a great foundation,” he agreed. “You’re playing against your neighbours and want to win those games. They’re extremely competitive but that’s the way it has to be. It’s a really open group and offers a serious challenge to every side. It’s exciting.”
Tullogher will be hoping for more excitement this time, but with a better finish than their semi-final exit at the hands of Graigue-Ballycallan. It was a defeat that hurt Walsh and his colleagues.
“They were a lot more clinical than we were,” he said. “You look back on games like that over the winter, looking at what you could have done, especially when you see how well Ballycallan did in winning Leinster - they were unlucky not to get to an All-Ireland final.
“You’d be envious of how they did, but they were the better side on the day. You have to look at games like that, see where you can improve. Hopefully we can do that this year; get a few good results together and who knows where it will lead to.”
Was there much time spent dwelling on the loss?
“It was in the back of my mind,” he said. “I know from meeting up with some of the lads it was the same for them too, but it should hurt when you lose a game like that. Maybe that will be what drives us on this year.”