Handball: the county wants more after successes in Kingscourt 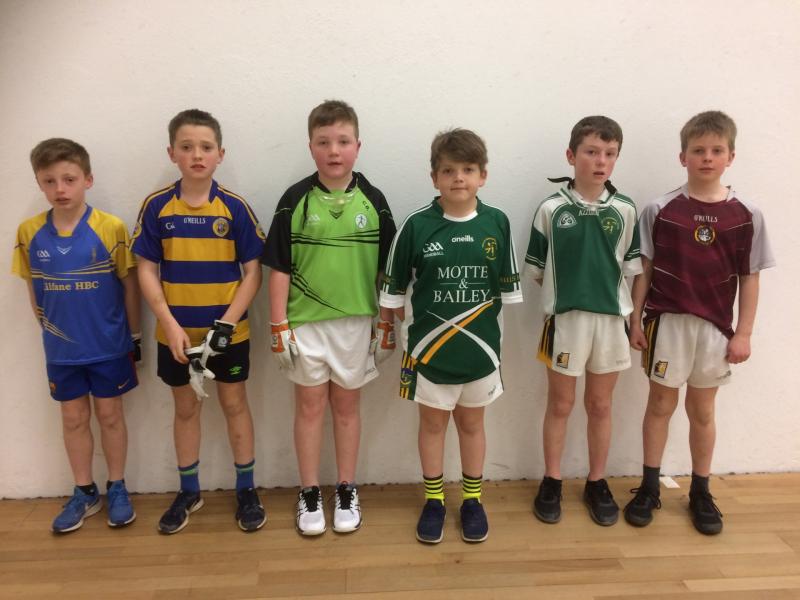 Following the recent haul of four All-Ireland juvenile titles at the Festival of Handball in Kingscourt, it is now the turn of the Kilkenny under-12/13 team of six to chase additional honours.
Hopes are high!
In the recent Leinster championships the team defeated Meath and Wexford on their way to the provincial title. An encore would be terrific.
This Saturday they contest the All-Ireland semi-final against Cork in O’Loughlin’s (10am), with the winners playing the final against either Mayo or Tyrone.
The Kilkenny team is - Anthony Clifford and James Kenny (Talbot’s Inch), Bobby Brennan (Clogh), Sean Morrissey (O’Loughlin’s), Conor Doyle (Windgap), Niall Drennan (Galmoy), Cathal Buckley and John Hayes (Kells).
Senior
On Saturday in the O’Neill’s men’s senior doubles championships, Patrick and Peter Funchion contest the quarter-finals against Galway brothers, Martin and Diarmuid Mulkerrins.
The Kells brothers warmed up for the match by travelling all the way to San Francisco last weekend to play in the WPH R48Pro Stop tournament.
Having coming through the qualifying rounds they both exited at the last 16 stage.
Playing top seed Killian Carroll in his match, younger sibling Peter was defeated 15-10, 15-3. Patrick also lost in two games to local player, Vic Perez, 15-11, 15-5.
Later in the weekend Peter contested the ninth place play-off. In the men’s B grade, Alan Funchion was also defeated by another local player, Mike Martin in two sets, 21-2, 21-7.
However, he reached the final of the men’s C competition.
Leinster
As the Leinster doubles championships draw to a close there was a mixed bag of results for Kilkenny in recent finals.
In the junior B doubles decider, Eamonn Hawe and Sean Foley (Windgap) defeated Wexford’s Michael Busher and Robert Byrne 21-19, 21-12 to claim the Leinster title.
There was disappointment for Ciaran Neary (Talbot’s Inch) and Brendan Burke (Kells) in intermediate final.
They lost to Gaelon Riordan and Peter Hughes, 21-13, 21-18.
There was no luck either in the over-age finals. In Masters B doubles, John Morrissey (O’Loughlin’s) and Noel Doherty (Galmoy) lost to David Redmond and John Roche (Wexford) 21-19, 21-16.
Silver Masters duo Eddie Bourke (O’Loughlin’s) and Willie Holden (Kilfane) were beaten by Offaly’s Conor O’Brien and Sean Ryan in two games.
On Tuesday in Ballymore Eustace the Emerald Masters pair of Philly Parsons (O’Loughlin’s) and Eamonn Purcell (Windgap) were beaten by Westmeath’s Robbie McCarthy and Liam Cassidy, 21-4, 21-16.
Into All-Ireland semis
In the ladies finals the county enjoyed success.
The Clogh/Kilfane duo, Sorcha Delaney and Dearbhail O’Keeffe defeated Laois pair, Aoife Brophy and Lauren McGuigan to progress to the All-Ireland semi-final against the winners of Munster in the ladies junior B doubles grade.
Beaten
In junior doubles Aoife Holden (Kilfane) and Deirdre Purcell (Windgap) were beaten in the third set by Wexford’s Marguerite Gore and Cora Doyle.
On Sunday at O’Loughlin’s Roisin O’Keeffe (Kilfane) and Mary Ellen Phelan (Galmoy) were unlucky losers of the minor doubles final to Leah Doyle and Abby Tarrant from Kildare.