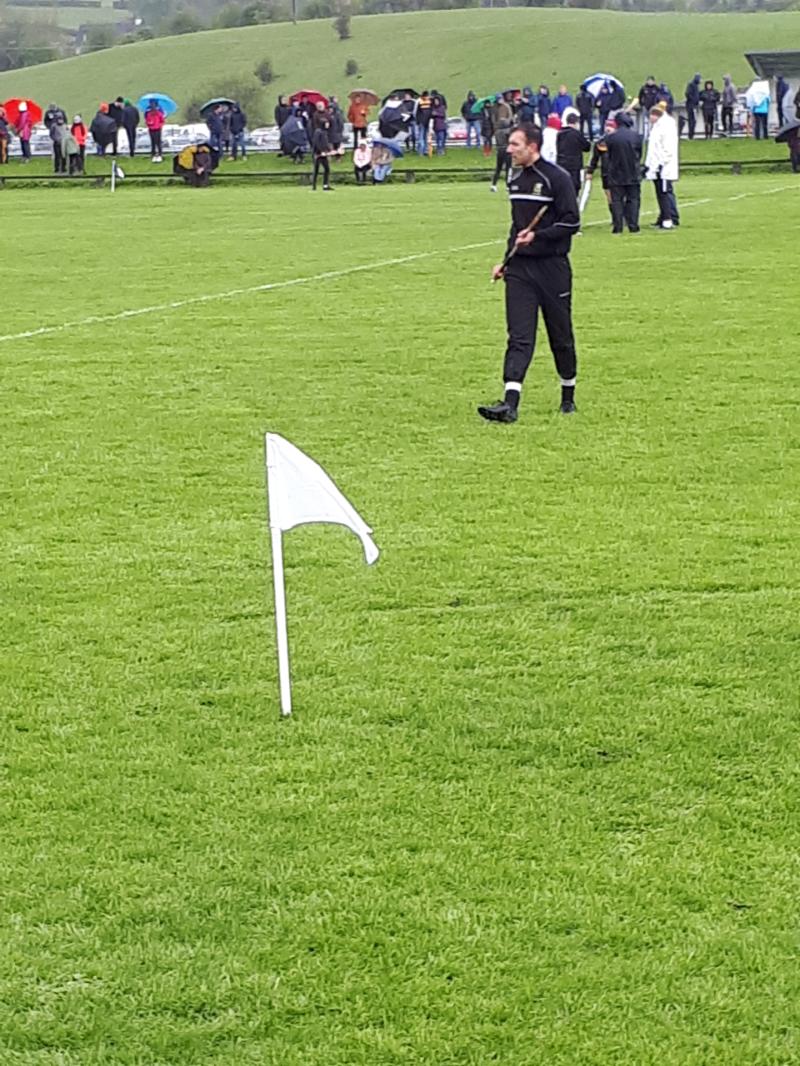 No surrender to the elements in Thomastown. It's half time. A break for everyone.

Thomastown made it two wins from two outings to confirm their position at the top of Group B n the Kilkenny intermediate hurling league when beating Young Irelands (Gowran) at wet Thomastown today.

The losers grabbed a goal though sub Seamus Farrell in the 62nd minute to leave it a single score game at the finish, but really, Thomastown were handy enough winners.

The losers grabbed 2-4 of their entire score during the closing 13 minutes to produce a tight finish, but it would have been a serious injustice had Thomastown been caught.

It was wet and windy in Grennan, but one man who made light of the conditions was Thomastown’s county man, John Donnelly. The wing-forward had a sure touch in the testing conditions, and he grabbed three first half scores and was involved in three others as the ‘Town built up an interval lead of 1-11 to 0-3.

Free taker Robbie Donnelly was sure firing during this half too, scoring six times. The goal came from Jonjo Farrell right on the button of 30 minutes, which helped big time to reflect the wind backed winners dominance during the half.

Heading towards the 40th minute the winners were still a comfortable 1-13 to 0-4 ahead. Such was ’Irelands difficulties scoring that free taker, Paul Holden remained their lone scorer up to that stage.

Young Irelands did stage a late really, but really, they left things way too late.