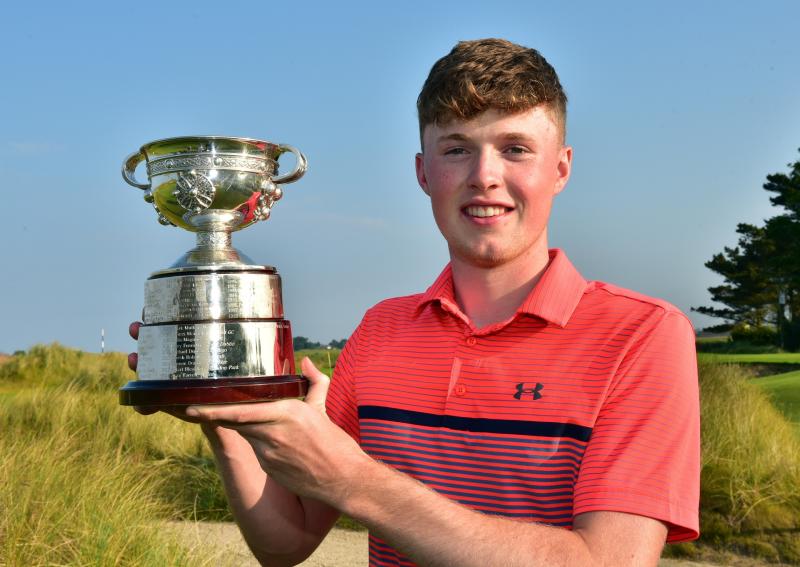 Kilkenny golfing sensation, Mark Power, has been picked on the Great Britain and Ireland squad for the Walker Cup.
The gifted 18-year-old is one of five Irish players named in the initial squad that will play in the biennial encounter against the USA on September 7 and 8.
Power, whose ultimate aim is to be a professional, has been named in the squad of 26 players announced by the R&A.
The squad will gather at Royal Liverpool for a practice session over the next few days after which the number of players will be reduced for a second practice session in July.
The final 10 man GB&I team to face the US in the 47th Walker Cup at Royal Liverpool will be announced in August.
Craig Watson, GB&I captain, said they picked a talented group who were all in contention.
“We will be continuing to monitor the form and results of these players over the course of the season,” he added.
The Walker Cup is the amateur equivalent of the Ryder Cup. Former Irish Walker Cup stars include Rory McIlroy, Pádraig Harrington and Ryder Cup captain, Paul McGinley.
Power, who plays off +5, is a student at Kilkenny CBS and is preparing to sit the Leaving Certificate in June.
In August he will move to take up a four year scholarship in Wake Forest University, North Carolina, having signed a letter of intent last November.
He didn’t lack for suitors. He had offers from six universities in the US.
The American college system is one of the toughest and most competitive in the world. Wake Forest would be classed as a Division I college, having produced a number of players who went on to win tournaments in their first season on the US Tour.
Among the notable alumni are golfers Arnold Palmer and Darren Clarke.
Mark is son of champion amateur golfers, Eddie and Eileen Rose Power.