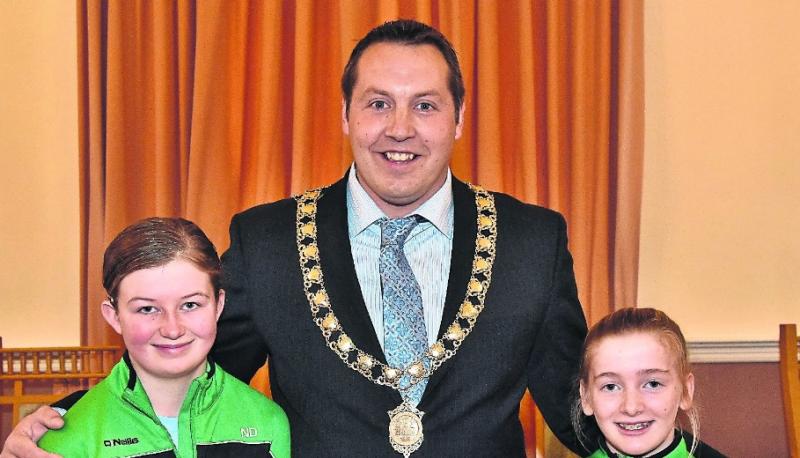 Let’s turn Kilkenny City and county into the capital of sporting events in Ireland.
That was the plea from First Citizen, Peter ‘Chap’ Cleere as the City prepares to welcome up to 1,000 runners to the ‘Streets of Kilkenny 5k’ tomorrow (Thursday 7.30pm).
“This sort of event is an ideal fit for Kilkenny,” the Mayor said. “It is adding to the reputation of Kilkenny as a good place to go, to enjoy yourself, to have fun, to be made welcome.”
The race, which is in its third year, is hosted by Kilkenny City Harriers and for the first time is part of the Kia race series promoted by Pop Up Races.
The Kia series is Ireland’s premier road race series, taking in nine established club races across the country.
It pits the best male and female runners against each other, and the overall winner drives away in a new Kia Stonic to use for one year. There are significant race bonuses also on offer.
The circuit starts outside the Castle and takes the runners down High Street, across St Francis Bridge and up John Street before following the same route a second time.
major games
The City now hosts additional sporting attractions like the Mediaeval Mile, the Kilkenny marathon, Duathlon and Triathlon events plus major GAA games at Nowlan Park.
“Slowly the number of event like this coming to the City is growing,” the Mayor said. “A lot of people are working hard to attract and stage these events, and they are performing a great service to the city and county.”
The Mayor reminded that the international Ras na mBan ladies cycle race was also returning to the City for the third consecutive year.
“A lot of this has to do with location, location, location,” the Mayor continued. “We love our sport.
“That comes across in the special welcome our people accord visitors. I think we should explore and develop a plan to attract more such events because they help show off the delights of our city and county.”
First Match
Meanwhile, Thomastown GAA club declared victory over vandals who ransacked their grounds earlier in the year when they staged their first match of the season on the main pitch at their Grennan grounds on Sunday.
The mischief-makers drove a 4x4 vehicle up and down the pitch causing thousands of euro worth of damaged. For a while there was a danger the pitch would be out of action for the season.
“Members were determined that wouldn’t happen, and they put in a massive effort to get it back playable,” insisted club chairman, Ger Walsh.
“We had to learn a bit about how to tackle the work, but there were plenty of willing volunteers.
“There was a great sense of relief when the ball was thrown-in on Sunday,” the chairman added.