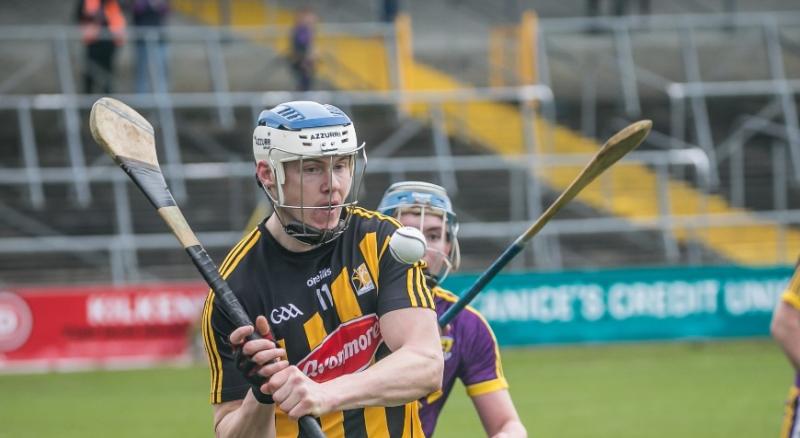 Kilkenny may be 6-1 down the field prospects with the bookies to win the MacCarthy Cup, but the ambition in the camp is to be visiting Croke Park this season for a Leinster and/or All-Ireland final.
That was the view expressed by team captain, TJ Reid, after the Cats produced a stirring second half to beat strong hurling Dublin in the opening Leinster senior hurling championship game on Saturday.
“The team is young, but we have ambitions to go the whole way if we can,” insisted the Ballyhale Shamrocks star who bagged a fabulous 2-12 against Dublin.
“We have top players to come back from injuries, so we are building.
“We have a few big weeks ahead of us. All we can do is put the heads down and work hard, and hopefully we can end up in Croke Park.”
Reid, who scored a magnificent 2-12, felt that in the first half on Saturday, Kilkenny did okay. However, the required work-rate level wasn’t what it should have been.
“We didn’t hunt in packs like we should, but in fairness that was the first game together for this team,” TJ offered.
Changes worked
“The second half changes really worked. When Pádraig Walsh moved to centre-back it looked like he won every ball. He produced an unbelievable performance.
“Look, this was our first game together and during the first half we didn’t motor as well as we might.
“We had a chat at half-time and we regrouped. We were a different team in the second half.
“We got on top from the start, and the two goals we scored swung the match. Overall the backs stood up to the challenge. Midfield stood up to it and the forwards did well.
“The whole team together took on the challenge in the second half and we got the win we wanted.”
The captain was full of praise for the efforts of improving youngsters, Adrian Mullen, Alan Murphy and Huw Lawlor, who all produced powerful stuff, he felt.
“We are heading to Carlow on Sunday, and we can’t take anything for granted,” he continued.
“You can’t take anything for granted in sport. Look at what Liverpool and Spurs achieved last week.
“We are on a mission. We were involved in a great game against Dublin and the reason we won was because we worked hard, very hard. We have to repeat that level of effort in Carlow, and really go at them.
“This is my first time playing Carlow. I am really looking forward to the challenge. We are going there with the intention of driving things on,” he assured.