It was a good evening's work in Nowlan Park 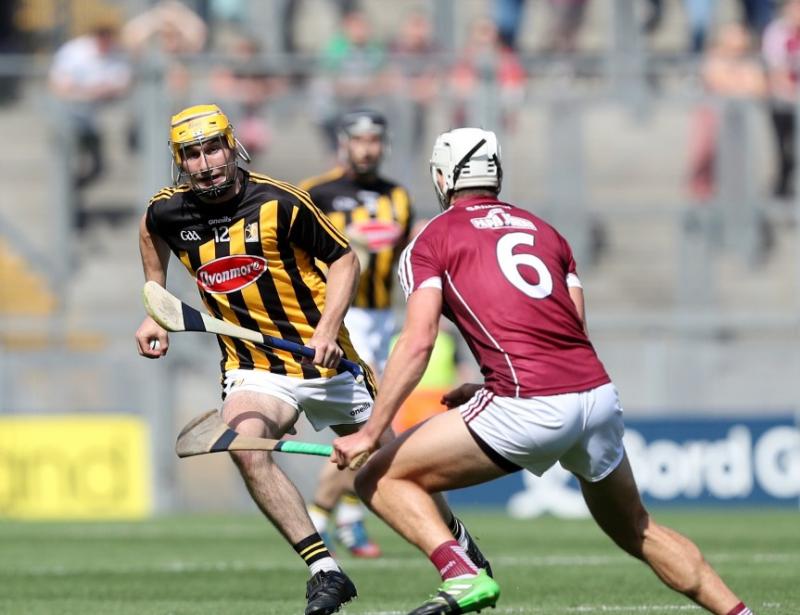 A good evening’s work for Kilkenny. A really good evening’s work for Brian Cody.
If there was even the slightest danger that he might have – quite understandably - been going through the motions after 20 years in the job, the events of last Saturday night at Nowlan Park will surely have restored the celestial fire in all its fervour and fury.
With 27 minutes elapsed Huw Lawlor, turning too slowly and telegraphing his clearance, was blocked down under the New Stand. Danny Sutcliffe hit a crossfield diagonal to Fergal Whitely and Dublin led by 1-11 to 0-8.

The hosts were not simply in danger of sinking, they were in danger of being consigned to fourth place in the provincial round robin.
Fourth place in the provincial round robin meaning a short summer. Fourth place in the provincial round robin meaning Kilkenny would have been taking a considerable step backwards after the undoubted progress made last summer. Fourth place in the provincial round robin meaning a prospect all too horrible to contemplate.
Upon which Greg Kennedy decided to relive his playing days, and the Nowlan Park crowd were only happy to work themselves into a lather of indignation (no change there), and Cody made a few sensible switches at half-time, and Richie Leahy instantly made his presence felt by winning the first free of the second half, and… Well, the rest you know.
The upshot? A multi-faceted upshot, with nearly all of the facets being auspicious ones.
Now Kilkenny have a team with a shape to it. Now they won’t be required to take four points off Galway and Wexford. Now they have one hand on an All-Ireland quarter-final berth. Now they can wait for Eoin Murphy and Cillian Buckley and Conor Delaney and James Maher to return and hope to take it from there.
If a week is a long time in politics, two months is an aeon in hurling. Who knows what way the championship landscape will look in mid-July?
Back at the beginning of the year you’d have said that a place in the All-Ireland semi-finals was a realistic ambition for the county in 2019 and – still being realistic – probably the limit of those ambitions. After the dismal National League campaign all but the most optimistic would have drawn in their horns a little. After Saturday night the faithful are entitled to dream again.
There’s one obvious caveat. The same thing we’ve been banging on about here for the past two years. Kilkenny still don’t score enough from out the field.
In the first half on Saturday they managed only two points from play from the forward line. They finished the game with the preponderance of their bottom line sourced from placed balls (1-12 of 2-23). The starting forwards’ tally from play? A total of 1-4.
In Páirc Uí Chaoimh on Sunday the starting Tipperary forwards hit 2-16 from play.
Yes, yes. I know. No two games are the same and Cork/Tipperary was a very different affair to Kilkenny/Dublin. But you get the drift nonetheless.
Anyway. Kilkenny got to half-time only four points behind. It is not difficult to imagine Cody, his dander well and truly up, getting Old Testament in the dressing room. Yet the manager and his selectors did some clear-eyed thinking too.
They brought in Leahy. They rejigged the defence. Crucially they eschewed the option of moving Padraig Walsh to full-back, which would have been the most retrograde step imaginable.
And they had TJ Reid, one of those rare sportspeople for whom time seems to stand still when they’re on the ball. Watch, if you can, his goal from play again.
When TJ took possession he didn’t put down the head, shift up a gear and take a straight line towards the Dublin posts. He did the complete opposite. He put up his head, shifted down a gear and for a moment did nothing.
For a second or two the world stopped. TJ waited. He waited some more. Then Colin Fennelly drifted into space, exactly where TJ wanted him to be, and at last the knife was unsheathed and the pass slung.
Kilkenny were level and the momentum was with them for keeps. Summer had begun.