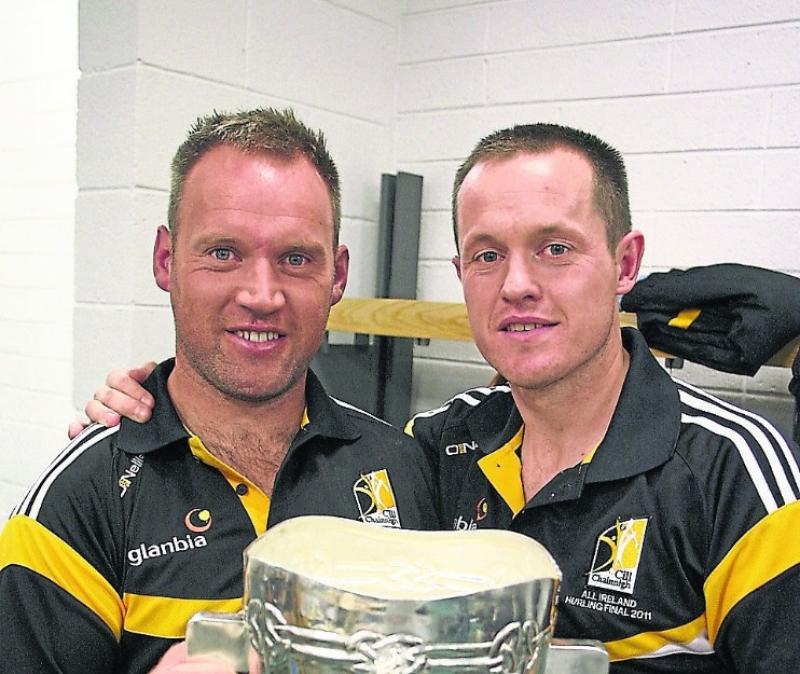 Conor Tobin was ‘Mr Midas’ who turned everything he touched into gold as Fenians (Johnstown) turned two earlier blanks into a good first win when out-classing pedestrian Carrickshock in the intermediate hurling league in well turned out Clara this evening.

Fenians and Tobin set the scene in the opening minutes. The man with No. 10 on his back shot the winners opening three scores during the opening for minutes.

And when the Fenians sweeper, Willie Brennan, charged up the field to add a point, the winners had the opposition on the run.

Fenians had a serious edge in fitness, and their use of the ball was excellent too, which reflected well on the excellent work done by coach/trainer PJ Ryan.

The winners kept up a strong momentum, and at half-time they led by 0-12 to 0-6, with Tobin putting his name on eight scores.

John Power was the main man for out of sorts Carrickshock, and he shot four point.

Within two minutes of the restart Tobin got to on the end of a well placed clearance from Michael Carroll and he registered again to set the scoring scene for the new half. This time Fenians shot another 12 points while shooting just one wide.

This was serious hurling by a fit and strong running Fenians team, who literally ran the opposition off the field. The losers goal from Kevin Farrell didn’t arrive until the third minute of ‘lost time’, which highlights how far off the pace they were.