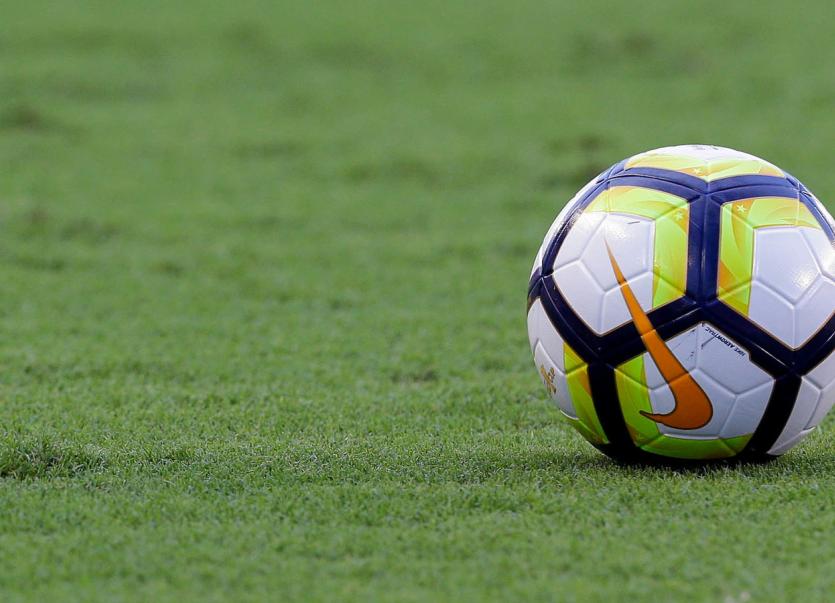 It was agony for the Kilkenny & District League as their Oscar Traynor Trophy hopes crashed at the final hurdle.

For the second year in a row the Cats were undone by one goal in the decider. Shane Clarke’s first half header saw the Limerick District League nab the spoils in a close-fought game in Derdimus.

The visitors, represented by Janesboro, threatened from the off and brought two fine saves from Kilkenny ‘keeper Owen Wall in the opening minutes. They made that pressure count when Clarke powered home a 23rd minute header from Danny O’Neill’s menacing corner.

Limerick stayed in the ascendancy for most of the half. They should have doubled their lead when Keith Mawdsley got on the end of another O’Neill delivery on the half hour, but he couldn’t find the finishing touch.

Kilkenny were a different side in the second half. With Sean Barcoe introduced to their attack they forced Limerick to drop deep and defend for long spells but couldn’t find the breakthrough. Barcoe saw his 56th minute header clip a defender and spin onto the top of the bar while Tommy Earls’ shot from distance sizzled over.

They kept looking for a way back into the game, going really close when Peter Higgins found space in the box to strike, but defender Thomas Clarke got his body in the way to make a vital block.

The Cats kept fighting, but a resolute Limerick wouldn’t let their lead slip and held on for their first title in 21 years. For Kilkenny, the wait to bridge a 17-year gap goes on.

See this week’s Kilkenny People for report and reaction from the game.