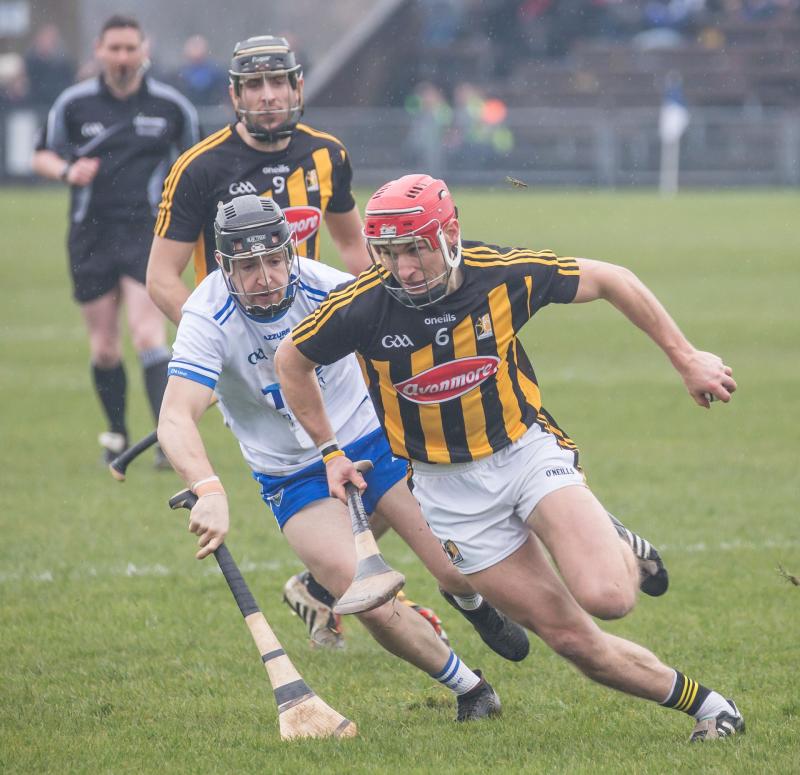 Cillian Buckley is expected to play with his club on Tuesday

Kilkenny employed the shock early treatment and hit Carlow for two quick goals as they took control of this second round game in the Leinster senior hurling championship in Netwatch Cullen Park today.

A goal after only 18 seconds from Colin Fennelly and then a second from Ger Aylward on seven minutes left Carlow 2-2 to 0-1 behind against the breeze assisted winners.

Kilkenny didn’t let up during this period as TJ Reid and midfielder, Richie Leahy, got through some terrific hurling. Reid blasted home a 29th minute penalty following a foul on Bill Sheehan to fire Kilkenny into a strong interval lead of 3-9 to 0-3.

It could have been an awful lot worse for Carlow. The visitors ran up 13 wides during that period.

It was game over then really, but to be fair, Carlow put in a strong second half. The home side scored 1-11 during this period, at one time out-scoring the opposition by 1-5 to 0-1.

In the end Carlow succeeded in  keeping the finishing gap closer than when the teams last met in the championship in 1993 (18 points against 14 yesterday).

The win came at a cost to Kilkenny, however, although this second success leaves them firmly on the road into the next phase of the championship.

The bad news was that Colin Fennelly pulled up with a hamstring strain, and Walter Walsh was taken off at half time having reported a tight hamstring. Alan Murphy hobbled off at the finish with an ankle problem and because Kilkenny had already committed five subs they finished with 14 men.

With club games on this Tuesday and Wednesday, manager Brian Cody said he hoped no one else would suffer a knock. He confirmed that Dicksboro defender, Cillian Buckley, was expected to play with his club on Tuesday against Danesfort in John Locke Park (7.30pm).

This would be Buckley's first game for club or county since last September.