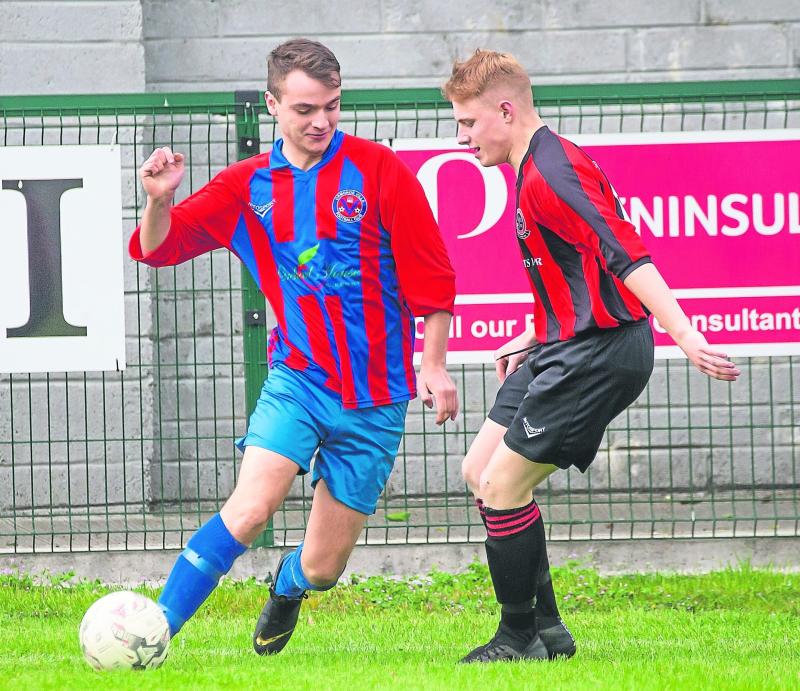 The Kilkenny & District League will return to winter football this year.
In a landslide vote all bar two of the clubs involved in schoolboys’ and schoolgirls’ football made the call to scrap the new format of calendar football and go back to the traditional format.
The big change was made at the latest council meeting of the Kilkenny & District League.
At the meeting a motion proposing a return to winter football was put to the League’s schoolboys and schoolgirls clubs. Of the 17 clubs, 15 voted to go back.
Only two - Callan United and the Lions - argued for calendar football to remain.
Clubs were asked for their opinion after the Schoolboys’ Football Association of Ireland (SFAI) announced that leagues across Ireland would be given free reign whether to play in the Calendar Football format, where a season starts and finishes in the one year, or go back to the campaign which traditionally starts in August/September and ends in May/June.
Debate
The meeting, and subsequent motion, provoked plenty of debate with arguments for both sides.
“Prior to the meeting we (the League committee) sent out an email to the 17 under-age clubs asking for their opinion on whether to revert to winter football or not,” League secretary Tom Mullins told delegates.
“Of the 15 replies we received, 14 wanted to change. Only one wanted to stay as they felt we needed more time to see if calendar football would work.”
The argument to remain with calendar football, which only came into Kilkenny earlier this year, was stressed by schoolboys’ fixtures secretary Michael Coughlan, who noted that games had been played with more frequency since the changeover.
“Even though we’re only three or four months into calendar football we have more games played at this stage of the season than previous years,” he said.
“We all knew we would have hardship introducing this new format, but I believe we need to give it more time.”
That argument won little favour on the floor, with many calling for a change to protect players.
Burnout
“The pressure on kids is ridiculous. Between all their sporting commitments they’re getting burnt out,” said River Rangers delegate Willie O’Neill. “Calendar football isn’t working now and won’t work in a year. It has to change.”
While other clubs argued that a reversal in season formats would bring future problems in terms of finding ample winter training facilities and registration fees, the motion to go back to the old format was proposed and carried.
As of now, the schoolboys and schoolgirls league season in Kilkenny will finish by June 30. There will be a break through July and August, with the new 2019/20 season commencing in September and running until May 2020.
The proposal to change back was met with a request for the League to look forward in an effort to prevent future problems.
“Would the League be open to a discussion about issues surrounding the traditional season?” asked PJ O’Neill (Freebooters).
“Problems have led to some teams being without a game for six, seven or eight weeks in the past. Unless we do something about it we’ll go back to the same old problems.”
The decision was made to discuss the issue at the annual meeting. If not solved the issues will be dealt with at another meeting before the start of the new season.
As of now, clubs have four weeks to wrap up league games. With the Gaynor and Kennedy Cup competitions, and exams to factor in, teams will face something of a scramble to have games completed in time. Under-12, 13 and 14 competitions will be shortened to just one round.