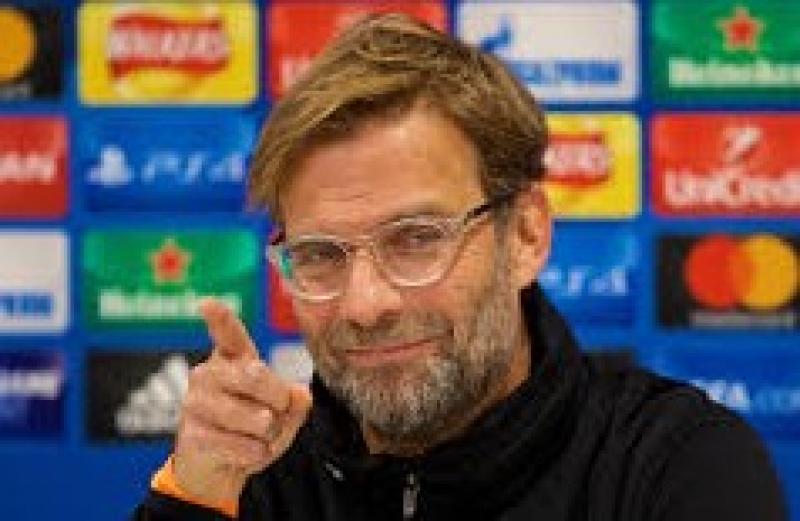 Jurgen Klopp, the Liverpool manager and his team, could ruin Enda's eveneing

As a couple of people have asked me where I’ll be watching Spurs play in the Champions League final, here’s the answer. At home.
Come Saturday evening I’ll be locking all the windows and doors in my sprawling pile, taking the phone off the hook and spending a nerve-shredding couple of hours by myself with the telly. The telly on which Spurs will be playing in the Champions League final.
When it’s done and dusted and when Spurs, who’ll be playing in the Champions League final, have lost in one of the following creative ways:
1. To a Salah hat trick
2. To a last-minute own goal, as was the case when the sides met at Anfield two months ago
3. On penalties
Then I’ll put the phone back on the hook, unlock the doors and windows and, resuming my Saturday night routine, head to Cleere’s in Parliament Street. There I’ll be the incarnation of charm and dignity and decorum, generous in defeat and magnanimous in the improbable event of victory.
As you can see, I’m refusing to get my hopes up about Spurs being in the Champions League final. Neither would you be if Kieran Trippier was right-back on your team. Paul Murphy would do a better job at number 2. Come to think of it, Fan Larkin would probably do a better job at number 2, and Fan was a minor 60 years ago.
But still. There it is. Spurs are in the Champions League final (have I mentioned that?) and in a final anything can happen. It’s a two-horse race! It’s all on the night! And every other cliché you can think of.
Deeper squad
Obviously Liverpool are the better side and have the deeper squad. The 2018-19 Premier League table doesn’t lie. But they’re not the better side by that much. I ran into my neighbour Denis Brett, a big Liverpool fan, down the end of Michael Street last week and we agreed that – insofar as one can apply percentages to these things – it’s a 55/45 shot in Liverpool’s favour. Those odds are fine by me.
Pick a Best XI from the pair and Tottenham will have a healthy representation. I did, just for the hell of it, and they do.
Here’s my Best XI, in traditional 4-2-4 formation and featuring no defensive midfielders whatsoever. (No 4-2-3-1s or false nines for me either. I am nothing if not old skool.)
Alisson
Alexander Arnold Alderweireld Van Dijk Robertson
Eriksen Alli
Salah Kane Mané Son
Exciting, eh? Granted, the team wouldn’t win the league – they’d concede far too many goals for that – but they’d probably pick up every cup going while scoring a bazillion goals along the way.
As Saturday night’s protagonists are two goalscoring outfits it will almost certainly, in the counter-intuitive way of these things, turn out to be anything but a goalfest. Much will depend on whether Harry Kane, who will be neither 100 per cent fit nor match-sharp, starts or not and on what he does and doesn’t do in the length of time he’s on the field.
Cue a dilemma for Spurs, as Mauricio Pochettino acknowledged in one of his occasional-regular pungent phrases at the weekend. “It is a decision that one way or the other will be judged after the game. If we win: fantastic decision. If we lose: shit decision and you are going to kill me.”
Prism of the Outcome
Sums it up perfectly. Everything is judged through the prism of the outcome.
Should Pochettino start Kane? I haven’t the foggiest. Nor have I any idea what way my fellow local Spurs sympathisers - Ray Brophy (the farmer, not the publican), Chris Rainey, Joe Casserley, Alan Pembroke, Niall O’Gorman, the lovely Amanda Fennelly, Joe O’Grady, Johnny Holden in Cleere’s, Andrew Lynch et al – feel about this weighty matter. But I’m sure I’ll find out as the week goes on.
A shout-out too to the great Danny Kelly, the former editor of NME and another avid Tottenham fan, who these days resides in the greater Graignamanagh metropolitan area and who I’m still waiting to run into on one of forays into Kilkenny.
Spurs play in the Champions League final next Saturday. I’ll be spending the days between now and then trying not to burst. Please pray for me.