Kilkenny can expect a backlash from Galway 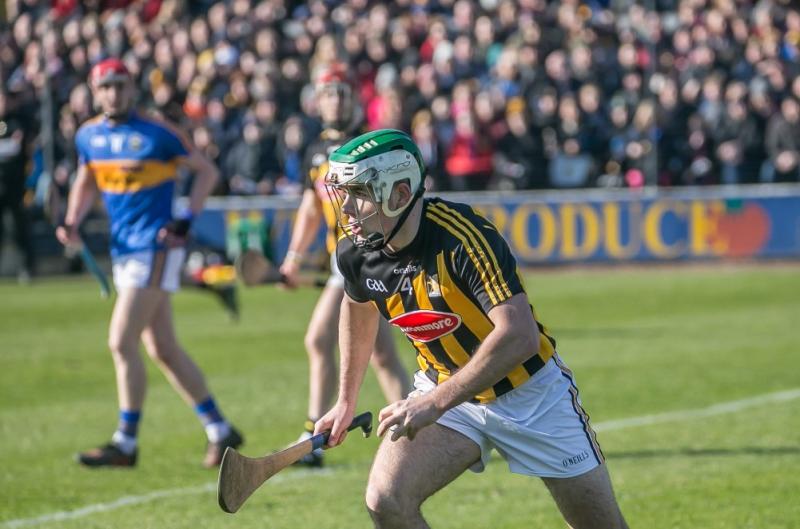 Paddy Deegan had settled nicely into the Kilkenny team

Be ready for the Galway backlash because surely there is one coming.
That will be the warning from Kilkenny manager, Brian Cody, to his charges as they prepare to face unsettled Galway in the Leinster senior hurling championship in Nowlan Park on Sunday (2pm).
The Tribesman enjoyed a dominant season over Kilkenny in 2018, when they were the reigning All-Ireland champions.
The counties faced each other four times and the Cats didn’t register a win.
Galway haven’t fired in their two championship outings to date.
They looked off colour when beating Carlow in their opening tie by 1-24 to 1-18 on May 12 in their own Pearse Stadium.
They sparked at times against Wexford in their next outing, but that tie ended in a draw (0-16 each) after the Westerners held a seven point lead at one stage.
Management brought the players away to a training camp in Carton House last weekend in a bid to ignite things, and now Kilkenny could in the line of fire as Galway bid to unearth their best form.
There is no double the Westerners are a potent force.
This time last year they were looking and playing like hurling kings, but whether it was the loss through injury of the peerless Joe Canning or what, but for some reason the drive of 2018 has eluded them thus far.
In contrast, the championship has opened well enough for Kilkenny.
They had unsure moments during the first half against feisty Dublin at Nowlan Park, when the visitors hard edged approach shook them somewhat.
However, when manager Brian Cody and fellow selectors, Michael Dempsey, Derek Lyng and James McGarry took corrective action during the break, reorganising the centre of defence with Padraig Walsh going to No. 6 and the man who started at six (Haw Lawlor) moving to full-back, the complexion of the game changed.
Kilkenny roared on after that, and they were good winners in the end.
For the next match against Carlow the selectors kept the main body of that second half team together, but they introduced Richie Leahy and Bill Sheehan to the starting VX.
Buckley plays
Since that match a round of games in the local senior and intermediate leagues have been played, and they threw up good news on the injuries front.
Long term injury victim and captain of last season, Cillian Buckley played his first match in eight months; James Maher played in half a game for St Lachtain's (Freshford) and Conor Delaney made an early return to training too.
They won’t feature on Sunday, and in all Kilkenny will be without five members of the panel because of injuries of one sort of another.
Others in the squad have taken up the challenge, and there is a huge push on by the likes of Richie Leahy, John Donnelly, Billy Ryan, Kevin Kelly, Liam Blanchfield, Jason Cleere and so on to get into the team.
The best of the news on the injuries front is that Joey Holden, an All-Ireland winning captain and club championship winner with Ballyhale Shamrocks earlier in the year, is fit and ready to go again after getting over a hamstring strain.
Against that key attacker, Colin Fennelly, is nursing a hamstring strain suffered against Carlow. It will be touch and go as to whether he will be ready by the weekend.
There is a nice momentum building up in the Kilkenny camp.
The Cats are the only unbeaten team in Leinster. Another win will guarantee them a place in the next phase of the competition, or even better, a place in the provincial final.
Now that’s worth pushing hard to attain!
The games in the Leinster ‘round robin’ series this weekend:
KILKENNY v GALWAY
Kilkenny have beaten Dublin and Carlow, while Galway beat Carlow and drew with Wexford in the earlier rounds.
Last Five Championship Clashes
2018 - Galway 1-28, Kilkenny 3-15 (Leinster final) replay.
2018 - Galway 0-18, Kilkenny 0-18 (Leinster final) draw
2018 - Galway 1-22, Kilkenny 2-11 (Leinster round robin)
2016 - Kilkenny 1-26 Galway 0-22 (Leinster final).
2015 - Kilkenny 1-22, Galway 1-18 (All-Ireland final)
* Galway and Kilkenny met three times in last year’s Leinster championship, with the Tribesmen winning twice (‘round robin’ in Pearse Stadium and final replay in Semple Stadium) and drawing one (final) in Croke Park.
* This will be the 46th championship meeting between Galway and Kilkenny.
The Cats lead 31-11 with three draws from the previous 45 clashes,
* Current Kilkenny manager Brian Cody has managed the county 19 times against Galway in the championship since taking over at the start of the 1999 season.
In his charge the Cats won 11 times (2000, 2004, 2006, 2007, 2009, 2010, 2012, 2014, 2015 (twice), 2016), drawing three (2012, 2014, 2018) and losing five (2001, 2005, 2012, 2018 (twice).
* Galway’s last game in the ‘round robin’ will be against Dublin in Parnell Park on Saturday week, while Kilkenny will be away to Wexford Park in Innovate Wexford Park on the same evening.
Wexford v Carlow
They meet in the championship for the first time since 2013 when Wexford won an All Ireland qualifier by 2-16 0-20 in Innovate Wexford Park.
Jack Guiney scored 0-11 for Wexford while David English was Carlow’s top scorer on 0-10.
* Having lost their first three games, Carlow must win to have any chance of avoiding being relegated to Joe McDonagh Cup level next year.
Even if they win, they would require Kilkenny to beat Wexford in the last round to avoid the drop after one season at Liam MacCarthy Cup level.
* Wexford play their last two games at home against Carlow on Sunday and against Kilkenny on Saturday week.