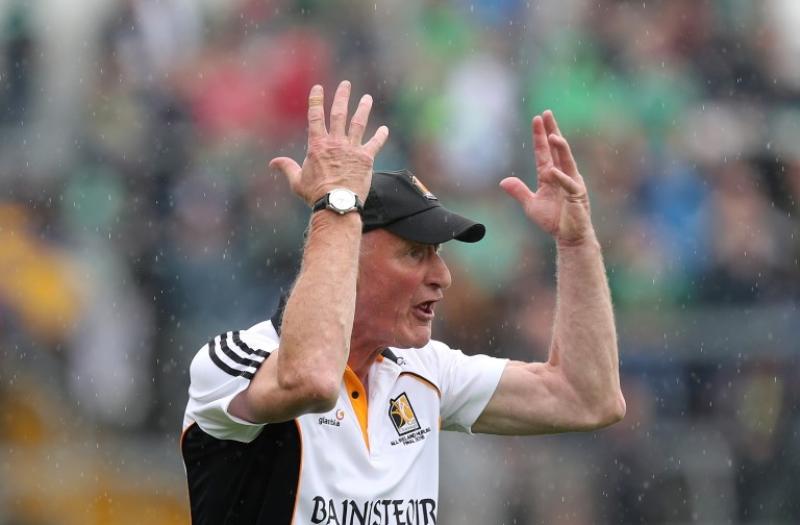 A quick one for readers. When was the last time Kilkenny had a championship victory against elite-level opponents?

Not this year so far. Not last year. Certainly not in 2017.
Stuck? Turns out the last time Kilkenny beat a Top Four team in the championship was back in 2016.
That hot, steamy, nerve-jangling, emotion-shredding night in Semple Stadium when Eoin Murphy pulled down Pauric Mahony’s late effort from over rather than under the crossbar and Richie Hogan provided the coup de Paddy Grace at the other end moments later.
And yes, Waterford were elite-level opponents at the time. Don’t try nitpicking in that regard.
They’ve regressed over the past 18 months, as was dismayingly evident at Walsh Park last Sunday, but under Derek McGrath they were All-Ireland semi-finalists three years in-a-row.
Since that 2016 encounter Waterford have gone on to reach an All-Ireland final.
Kilkenny haven’t reached even an All-Ireland semi-final, a state of affairs that renders next Sunday’s visit of Galway more than just a fixture from the hosts’ point of view.
Make statements
It renders it a platform to make a statement.
A statement that says: “We’ve turned the corner.”
A statement that says: “We’re back in the business of beating the big teams.”
A statement that says: “We are a big team again.”
A statement that says: “Now watch us reach the Leinster final, win that and return to Croke Park for an All-Ireland semi-final.”
It won’t be easy against Galway. It never was when Kilkenny were at their absolute peak under Brian Cody.
Okay, let’s rephrase that. It frequently was easy against Galway when Kilkenny were etc etc, but that was because, being afraid of what the Tribesmen could produce on a good day, they never took them for granted.
True, Galway did catch them in the 2012 Leinster final and had them blown away before half-time, but that merely underlined the point.
The very unknowability of the men in maroon, the impossibility of predicting what kind of mood they’d be in, was what made them more dangerous as opposed to less dangerous.
Look less dangerous
Less dangerous is what they look right now, however.
This time last year Micheál Donoghue’s charges appeared well on the way to repeating the county’s 1987-88 dual MacCarthy Cup triumph.
When they suffocated Kilkenny amid the confines of Salthill in the provincial round robin it seemed a case of men against boys, as to a large degree it was.
When they tore them apart amid the prairies of Semple Stadium in the first half of the replayed Leinster final it seemed as though it would take Cody at least two years to close the gap between the sides.
Now? All has changed. Galway began to lose altitude after half-time in the All-Ireland semi-final versus Clare and they haven’t stopped losing it, a situation compounded by the loss of their most experienced, most decorated pilot.
On the basis that a myriad of reasons can lead to an underwhelming performance in a championship opener, the manner in which they huffed and puffed to victory against Carlow last month would soon have been forgotten had they managed to put on a show against Wexford second time out.
They did nothing of the sort. A modern championship match that ends 0-16 apiece? Oh Lordy.
Had Cathal Dunbar punished them at the death, as he ought to have, Galway would now be in a precarious position in the group.
As it is, with two away fixtures to come, they’re in merely a sticky position.
Is a backlash to be expected at Nowlan Park? Surely.
On the rise
Putting one over on Cody in his backyard, not to mention disproving the reports of their own demise, will constitute a considerable spur for Donoghue and his charges.
All in all, though, the obvious conclusion is that Galway’s graph has plateaued whereas that of their opponents’ is rising, irrespective of how slowly.
Here’s someone who expects Kilkenny to demonstrate as much next Sunday.