Kilkenny Soccer: Another award for Evergreen as Sean Barcoe is named Premier Division Player of the Year 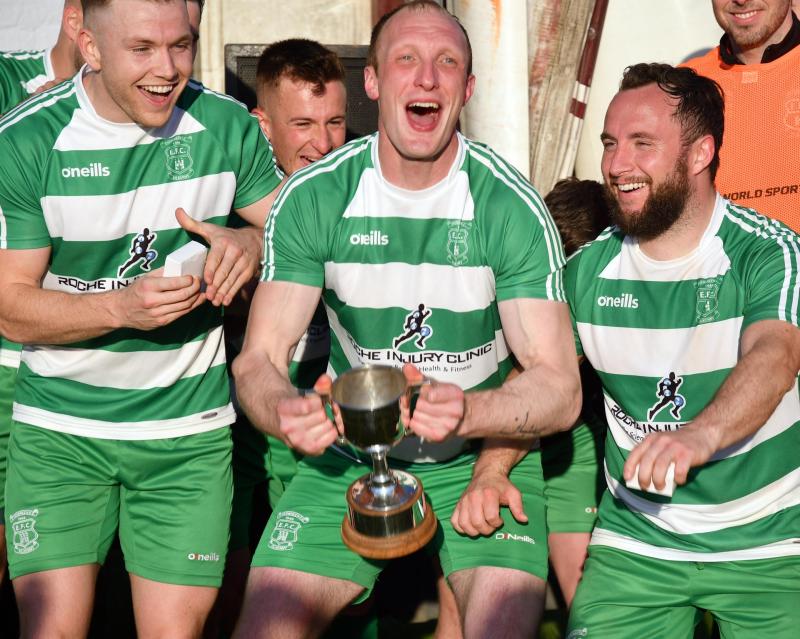 A stellar season has ended with a team double for Sean Barcoe - now he can add individual glory to the list of honours.

The Evergreen A captain, who led his side to a successful defence of the League and McCalmont Cup, was named the Premier Division Player of the Year.

Barcoe, who also scored the only goal in the Cup final win over Fort Rangers and nabbed the Man of the Match gong, was selected as the top flight’s top player by the other Premier Division clubs. He succeeds Emmet Nugent, who won the award while playing for Freebooters A last season, and follows on from former Evergreen skipper Niall Andrews, who was the pick of the Premier Division in 2017.

League winners feature heavily in the list of award winners. Freebooters B player Ben Maher was named the winner of the Division One honour - they pipped Bridge United A to the title - while Henry O’Neill capped an incredible goal-scoring season with Newpark A (and the Kilkenny & District League’s Oscar Traynor team) by taking the Division Two crown. Bridge United B, who won the Division Three league title, had Craig Wall named as top player.

In the Women’s Division there was nothing to separate Tara Clifford (Freebooters) and Laura Dooley (East End United) so they shared the crown.

Freebooters also scored a double when Jamie Holden and Jack Cornally were named the Under-19 and Under-17 Players of the Year respectively.