Leinster final: when it came to it, Wexford's thinking was clear, crisp and lucid 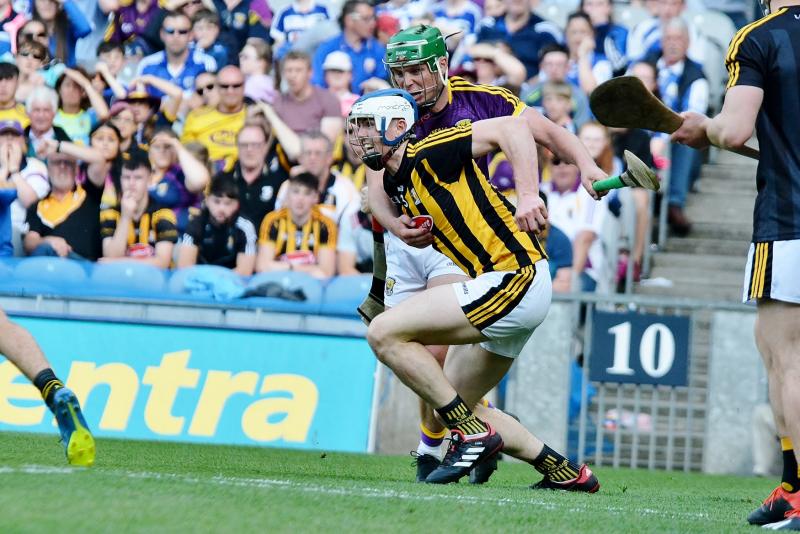 At half-time in the Leinster final I texted Pepsi Sister in the Úll Mór. “First goal wins it!”
Look, no credit is being sought here for my perspicacity or powers of soothsaying. This was shriekingly obvious. You, dear reader, were of precisely the same frame of mind. The longer a match is goalless, the weightier the proportions that the prospect of a green flag assumes.
It wouldn’t have taken much for Kilkenny to get the goal, of course, and for a long way they looked the likelier team to do so. The fact that they didn’t rendered this a second successive Leinster final at Croke Park when they failed to hit the net. Tells a tale, doesn’t it? If Eddie Brennan were alive he’d be turning in his grave.
In any case the men in stripes drove 12 wides to Wexford’s three. Drive four times as many wides as your opponents and you don’t deserve to win.
Davy Fitz’s charges ticked all the required boxes on Sunday. In order to win they had to score more goals than their opponents: they did. They had to nail their frees, a persistent failing over the past couple of seasons: Lee Chin converted everything he stood over, among them two long-range monsters. Finally they also had to be accurate from open play and they were, particularly in the home straight. All three wides were recorded before the 46th minute.
Crisp Decision-Making
When the battle was at its height Wexford’s decision-making was clear, crisp and lucid. That above all was why they carried off the Bob O’Keeffe Cup. Contrast their cogency of thought and deed with the muddled thinking of their opponents.
Brian Cody’s charges panicked. There is no other way of putting it. Their game management was awful. There is no other way of putting it.
Panic on the streets of London. Panic on the streets of Birmingham. Panic on the streets of Dublin 3.
The county’s reputation for being grandmasters of the endgame, for knowing how to do the right thing under pressure, goes back decades. To the two All-Ireland semi-finals against Galway in 1945 and ’47 and the final in the latter year, and that’s just within the memory of people who are still with us.
Even as recently as last season they stared down the barrel of defeat in Parnell Park but stayed calm and robbed Dublin on the finishing line. On Sunday they could have secured a draw had they adopted the same attitude. What’s more, nobody would have cavilled or claimed they didn’t deserve it. But they didn’t stay calm.
After Wexford went three points ahead Kilkenny had six opportunities – and this is not counting instances when they had more than one shooting chance in the same sequence of play – to score. From those opportunities they mustered the sum total of 0-1.
If the game was no longer there to be won it was most certainly still there to be saved. A modicum of refrigerated thinking and they’d have succeeded.
But: six opportunities, one point. Startling.
If anyone can tell me what the management were at with Richie Hogan I’d be grateful. Hogan was brought on with 71.31 on the clock. What sort of nonsense was this?
What was Cody expecting him to produce? Loaves? Fishes? Loaves and fishes? Even more improbably against a stacked and packed Wexford defence, a goal or a point?
If Hogan was good enough to come on in injury time he was good enough to come on ten or 15 minutes earlier.
Don’t let anyone try to convince you that the outcome somehow hinged on that TJ Reid free in the first half, incidentally.
Think Outside Box
In an age of systems and sweepers and general communal over-thinking, TJ tried to do something different. He should be complimented for that, not censured. Has hurling really gone so anal that we should condemn players for trying to think outside the box? The only thing Reid was guilty of was not ensuring that Colin Fennelly was the requisite distance away when he took the free.
After all of which, it would have taken a Kilkenny person with a heart of granite not to be happy for Wexford. Look at the outpouring of joy at the final whistle, an outpouring that wouldn’t have occurred had the result tilted the other way.
Had Kilkenny won, it would have meant that this decade – “the teenies”? – went by without Wexford winning a Leinster title. That wouldn’t have been good. That couldn’t have been good.
Not good for hurling. Not good for Leinster hurling. Not good for Wexford. Not good for – yes, really – Kilkenny, because Kilkenny always need credible rivals. Credible rivals keep you honest.
The presence of a certain Liam Ryan on the winning team, moreover, will have produced a tingle both among Noresiders of an advanced age and among Clara folk, and indeed among the tiny Venn diagram section that comprises both of these constituencies.
To finish where we started. Would the men in stripes have won had they managed that first goal? Almost certainly.
They didn’t and that was that.