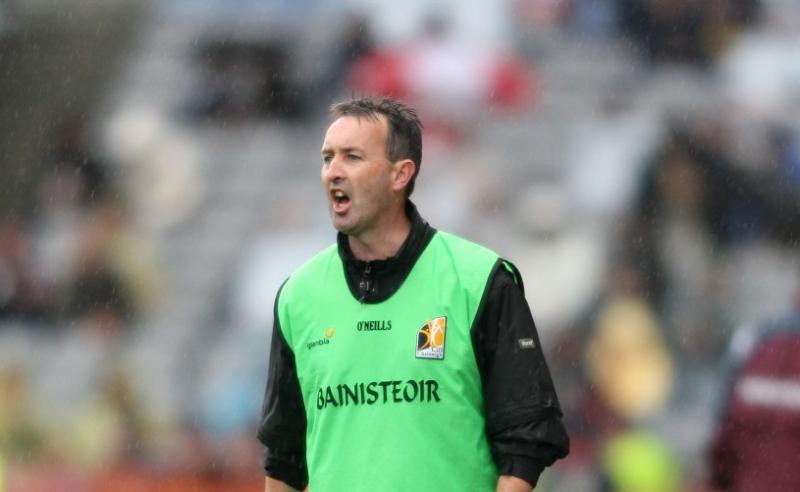 A willing young group from which expectations were modest have driven Kilkenny to within touching distance of the All-Ireland minor hurling championship semi-finals, and the aim is to drive on.
If Kilkenny can beat All-Ireland champions, Galway, on Sunday in Croke Park (12noon) they will be part of the big All-Ireland semi-final bill in Croker on July 27, and that’s what they want.
Saturday’s success over Clare in Round 1 of the All-Ireland quarter-final play-off gave the Cats the upper-hand in the race for the semis, and a win or draw against Galway would clinch one of the two places available.
“We were delighted with that,” insisted Kilkenny manager, Richie Mulrooney, after the 2-14 to 0-13 win over Clare in Semple Stadium on Saturday.
“Obviously the disappointment of losing the Leinster final was huge for 16 and 17 year old. It wasn’t easy standing on the Croke Park pitch watching Wexford lift the cup.
“We were sitting there watching the Wexford seniors lift thee cup later. We don’t begrudge Wexford the great day they enjoyed, but it was a tough day all round for Kilkenny.”
But the young Kilkenny warriors took it all on the chin and bounced back, turning in a fearless showing against the losing Munster finalists.
“Our players really responded to all that negativity with a performance against Clare,” the manager insisted. “We are delighted.
“The plays showed real confidence. We were able to point out to them in the dressing-room before we left Croke Park that whatever disappointment we were feeling, Clare were feeling the same after being beaten in the Munster final.
“They knew then it was a level playing field. We spent a lot of the week working on how Clare play and how we might break them down, particularly on puck-outs.
“They tend to go short and we played seven on seven for the puck-outs and trusted that our backs would be okay on their own without one of our midfielders if the puck-outs were long.”
That approach, he insisted, worked out really well for Kilkenny in the first half.
“The first half was a dream in terms of the way we were playing,” he insisted. “I felt we were unlucky to be only three points ahead at half-time (1-7 to 0-7).
“In the second half goalie Aidan Tallis made two incredible saves that might have gone in against us another day.
“All in all 2-14 was a really, really good score to put up against a team playing a sweeper system. Sweeper games, particularly at under-age level, can be difficult for the players to understand, and scorelines are typically low.
“We are very, very pleased with that performance,” Richie added.
He said Kilkenny face a tough match against Galway now. If they win they are in the semi-finals.
“If we don’t, we then have to wait on the result of the Galway/Clare game,” he pointed out. “The bottom line is that we have two points and we are in a good position at the moment. We have to keep things going now.”
One highlighted the eager spirit within the team by the way Kilkenny’s second goal was created and scored, with four players involved in what was a stunning move.
“In a lot of our matches, our challenge matches as well, we have been creating and even in the Leinster final we scored three goals and created six,” he reminded. “That is one thing this team is able to do, to create goals.
“We created a couple of brilliant chances today, but our second one was a real team goal. We will draw a lot of positives from that score.
“We are delighted with the way things are progressing,” he insisted again. “The whole aim now is to make the All-Ireland semi-finals. If we do we will be playing Limerick on July 27 before the senior semi-final.
“Only one team can win the All-Ireland. Our aim is to be that team. But if you don’t win it, the more exposure you can give to lads playing in big grounds and big matches the better. Our lads are after playing in Croke Park and Semple Stadium.
“We have another big day out against Galway coming up. And maybe another one after that. We are thrilled.”