This is it in the hurling championship! 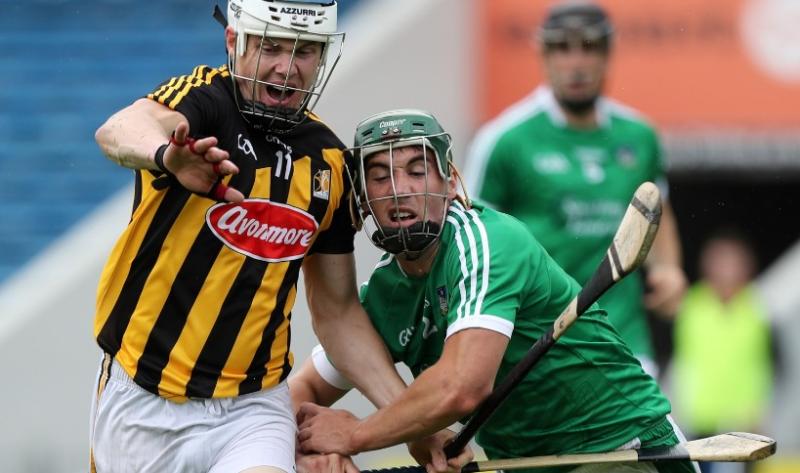 Crunch time has been reached in the championship.
And at about 3.25pm on Sunday it could be celebration time, or it could be all over.
Those are the thrilling or grim prospects facing Kilkenny and Cork as they line up for a big shoot-out in Croke Park.
It will be a winner take all situation, because there will be a winner on the day.
Extra time will be played if the teams finish level at the end of normal time.
Shot at Limerick
The big prize for the winners is the chance to pull down the castle of Munster and MacCarthy Cup holders, Limerick in the All-Ireland senior hurling semi-final on Saturday, July 27 (6pm).
The second semi-final between Wexford and Tipperary or Laois will be played the following day in Croker.
Cork, who finished third in the Munster championship, warmed-up for the game by walloping Westmeath at the weekend, shooting a record 40 points in the process.
Manager John Meyler will be leading the county into what is their tenth All-Ireland quarter-final.
Their six wins include one over Kilkenny in 2013,which was the last time the counties met in the championship.
This time 12 months ago the Cats faced Limerick at the same stage of the competition, but they came up short.
But in a season in which they suffered an unusually high six defeats so far, hopes are still high that Brian Cody’s men can produce big.
Kilkenny played well in a fiercely competitive Leinster final before a late goal from a penalty pushed Wexford on to victory.
The promise prompted by that performance has left fans feeling that Sunday’s game is a toss up. The result could go either way.
Kilkenny are expected to stick close to the team that performed so well in the Leinster final, although one change in both defence and attack is a real possibility.
Ready to lead
‘Captain Fantastic’ TJ Reid, who has amassed a staggering 5-54 to date, is ready to lead the way.
He is in such hot form he is almost capable of winning the game on his own.
The defence is reckoned to be the more vulnerable part of the Cork team.
If Kilkenny can work openings for full-forward Colin Fennelly like his club Ballyhale Shamrocks did in the drive to All-Ireland glory, then he could be Kilkenny's match winner.
Fennelly, who goaled four times in one club match this season, was on the verge of striking gold a few times against Wexford.
A small thing could swing it for Kilkenny with the potential they have in an attack that hasn’t yet hit full stride in the championship.
Meanwhile, the battling Kilkenny minors will help open proceedings in Croke Park when they play defending champions, Galway, in the All-Ireland quarter-final (12noon).
The youngsters bounced back strongly after a Leinster final defeat to beat Clare in Round 1 of the quarter-finals at the weekend.
“We were delighted with that effort,” insisted Kilkenny manager, Richie Mulrooney. “Another win would take us into the semi-finals.”