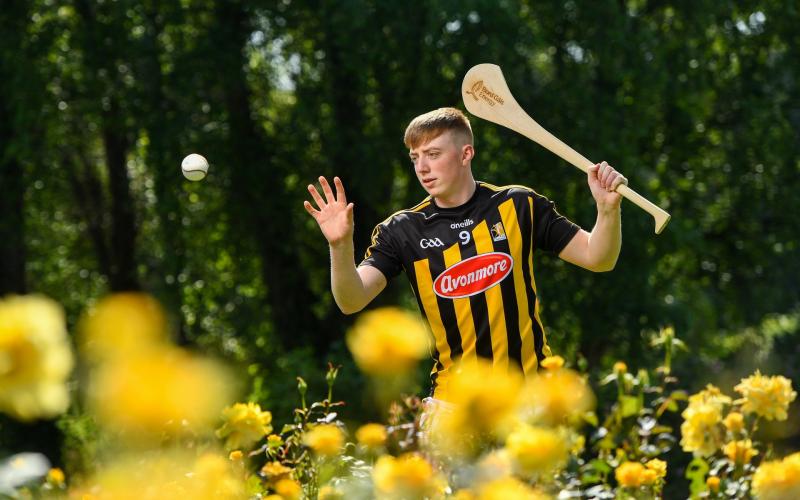 Silver is the colour they’re chasing, but the Kilkenny under-20 hurlers must first come through an atmosphere which will be white hot!
“We know what we’re facing into,” captain Evan Shefflin said as the Cats prepare to travel to Wexford Park this evening (Wednesday) for a clash with the Model County in the Leinster final.
“DJ (Carey, manager) has warned us to prepare for a tough game,” Shefflin added. “There’ll be close to 10,000 people at the game, so we have to be ready for it.
“The crowd will be a massive factor. Wexford Park is known as an imposing ground, especially for Kilkenny teams, but we’ll have to deal with it. We must focus on our game and take it in our stride.”
Winning the Leinster final (throw-in is at 7.30pm) would continue what has been a fantastic year for Shefflin, who helped Ballyhale Shamrocks land their seventh club All-Ireland title on St Patrick’s Day.
“I’ve enjoyed it all so far,” he said. “I’ve been lucky enough to have been on some great teams who have won some great competitions. I can’t complain!
Kilkenny made a fine start with an opening win against Laois. It was an important hurdle for the Cats to clear.
“I think that’s what we were missing last year,” Shefflin said, reflecting on Kilkenny’s early exit from the 2018 championship.
“We were a bit stale going into the Galway game and it showed, especially in the first half when things didn’t go our way.”
The extra game paid off when Galway provided a stern challenge in the semi-final in Tullamore.
“Galway started well compared to us, but they had some staleness whereas we were fresh from the week before. That Laois game really brought us on.
“We knew going into the game that Galway would throw everything they had at us,” he said.
“Whether that was in the first 10 minutes or the last, we had to be ready.”
There is healthy competition among a group of players who have bonded well.
“We’ve played together all the way up,” he said. “We’ve play a lot against each other with Kieran’s and the CBS to county teams, so we know each other well. It was evident in the minor campaign two years ago that we were a tight group, even more so now. That’s massive.”
They’ll need all that and more when taking on a Wexford side who will be looking to complete a treble of Leinster hurling titles - and all against Kilkenny opposition.
“It’s more that we’re doing this for the county as much as ourselves,” Shefflin said with a smile. “We don’t want them to get a clean sweep, now do we?”
The Kilkenny under-20 to play Wexford is: Dean Mason; James Brennan, Conor Flynn, Mikey Butler; Conor Heary, Michael Carey, David Blanchfield; Eoin O’Shea, Evan Shefflin; Adrian Mullen, Niall Brassil, Aaron Brennan; Stephen Donnelly, Sean Ryan, Eoin Cody. Subs: Sean Manogue, Diarmuid Phelan, Conor Murphy, Tommy Ronan, Jordan Molloy, James Bergin, Ciaran Brennan, John Dowd, Jim Ryan.