All-Ireland semi-final: Kilkenny have no fears, nor should they 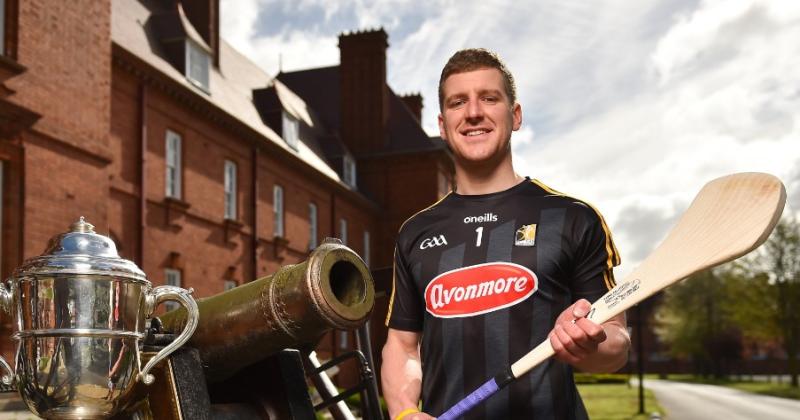 Kilkenny are back in the All-Ireland senior hurling championship semi-finals. That statement has a nice ring about it.
There were times during the season, and even before the uplifting quarter-final victory over Cork when the faithful felt the county might need another year or two to get right up there with the best of them.
Well, now that Kilkenny have taken a place among the last four counties standing with All-Ireland champions, Limerick, Tipperary and Leinster champions, Wexford, it might be a bit premature to shout that they are back.
But by golly, they have made real progress and they are contenders again.
The Cats face mighty champions, Limerick, in the All-Ireland semi-final in Croke Park on Saturday (6pm).
The following day Wexford and Tipperary face up to each other in the second semi-final.
Two counties will be left standing then. The way will be clear for the All-Ireland final on Sunday, August 18.
Such is the closeness of things now, any sequence of results is possible.
Dreamers have suggested an all Leinster All-Ireland final between Kilkenny and Wexford. In this wild and wonderful championship, anything is possible!
Former selector, Gaelic footballer and hurler, John Kiely, is the current manager of the Limerick senior hurling team.
He guided them to their first MacCarthy Cup success in 45 years in 2018. Subsequently Limerick ploughed on and won the National League.
Kiely and selectors, Paul Kinnerk, Alan Cunningham and Brian Geary don’t see this project as a now thing.
Limerick took more than a little time to get back to the top, and they don’t intent to surrender the No. 1 seeding too easily.
The stories we heard of how the Limerick players looked after themselves following last year’s All-Ireland final win over Galway and right through the winter suggested everyone - players and management - had bought into the long term commitment.
Limerick had been looking in from the outside for long enough, was the thinking. Now was their time!
Okay, the Shannonsiders didn’t blast their way unbeaten through Munster, but there has been an edge and power to their game all season that has impressed hugely.
They will be the favourites in Croke Park on Saturday.
Remember, they beat Kilkenny in the National League in Nowlan Park in February. The score was 2-18 to 0-15, an impressive difference in favour of the visitors.
The Kilkenny People match report on that game opened: “There were times, and it wasn’t so long ago either, when Kilkenny used to do things like this to teams and we all applauded.
“Now it is Limerick’s turn! The Cats received a bit of a licking.
“Limerick suggested very strongly that they have kicked on from their great MacCarthy Cup win last August.”
Nothing that has happened since has disproved that suggestion. Aaron Gillane scored nine points that day and Shane Dowling bagged 1-2 as eight Limerick players hit the target.
No Ballyhale boys
Of course, Kilkenny were without the Ballyhale Shamrocks players, who, at that time were involved in the All-Ireland club senior championship, eventually being crowned champions.
Last week Shamrocks players Joey Holden, TJ Reid, Adrian Mullen and Colin Fennelly wore the Kilkenny colours against Cork.
Kilkenny’s ‘Captain Fantastic’ TJ Reid, who has scored a marvellous 5-64 in the championship to date, and his colleagues have boosted Kilkenny’s stock hugely.
The Noresiders haven’t enjoyed a trouble free run, however.
Injuries plagued the squad - captain of last season Cillian Buckley has played just one full match in 10 months; former All-Star Ger Aylward has been dogged by injuries; current All-Star goalie Eoin Murphy had his troubles; ditto Walter Walsh, Richie Hogan, Conor Delaney, James Maher, Conor Fogarty and so on.
Manager Brian Cody, who is looking forward to his 18th semi-final with Kilkenny, hasn’t moaned about the difficulties.
All the time he sang the praises of the squad, telling the hurling world that Kilkenny still had a hugely talented group.
Kilkenny have been beaten twice in this championship, by Galway and then Wexford in the Leinster final.
Cody and his selectors Michael Dempsey, Derek Lyng and James McGarry have been chopping and changing the team along the way.
Sometimes changes were prompted by injuries. Other times they employed a ‘horses for courses’ strategy.
They have used 27 players along the way, Conor Browne being the last man introduced in the semi against Cork.
And the powerfully built James Stephens man did right well too, helping to build a wall in midfield that was vital in halting the Leesiders running game.
And Kilkenny have ended up where they are, among the last four standing; in the semi-finals for the first time since 2016.
That is a step further than they went last year when they were beaten by Limerick in the quarter-finals.
The most uplifting thing about Kilkenny’s performance against Cork was that they found a way through the Cork puzzle; the Munster side’s running game.
Step one had to be to stop Cork’s running game. They did, and at times during the second half the Leesiders couldn’t get the ball up the field to their potential destroyers, Pat Horgan, who scored 3-10, and Alan Cadogan.
As ever, Kilkenny battled and battled. That is a given every day they go out.
Limerick’s power and running game will present an entirely different challenge.
That is the championship, though. Every day, every game is different.
It’s nice to be there. Kilkenny won't have any fears, nor should they!