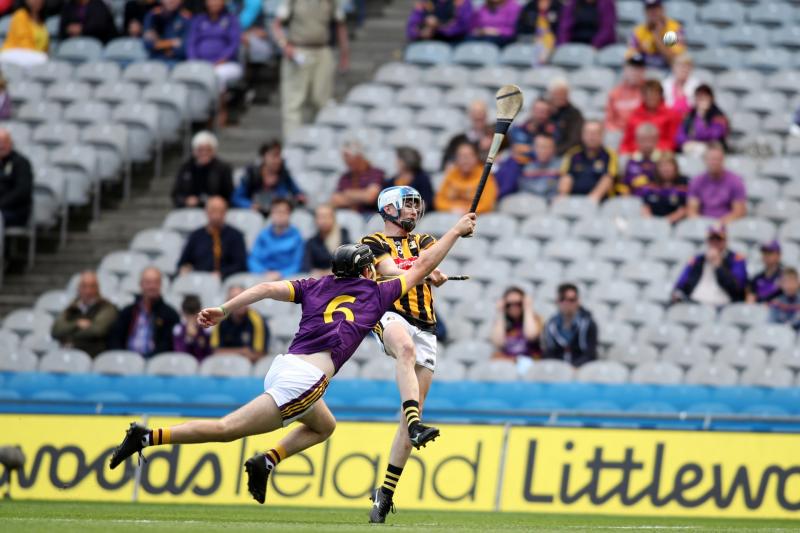 A powerful second half performance helped the Kilkenny minor hurlers blast their way into the All-Ireland final.

The Cats were too hot for Limerick to handle and booked their place on the big day with a display that shocked the Munster champions.

Two points up after a tight first half (1-12 to 0-13), it was after the restart that Kilkenny cut loose. With Man of the Match Timmy Clifford and Billy Drennan leading the way they quickly pushed their advantage out to five points.

Limerick were shot-shy in the second half but spurned a great chance to force their way back into the game. Aidan O’Connor had nothing but goal on his mind when he broke through but his 41st minute strike bounced wide. Within seconds Kilkenny punished that miss, Drennan squeezing a fine shot past netminder Jack Franklin from the tightest of angles. The Cats were eight points up (2-17 to 0-15) and never looked back.

Kilkenny were just as sharp in the first half, taking a quick lead when Jack Doyle rifled the sliotar to the net inside the opening minute. Limerick recovered and, with captain Cathal O’Neill in fine form, edged ahead midway through the half. However, a burst of points from Clifford (0-2) and midfielders Liam Moore and James Aylward had Kilkenny back in front before the break. It was a lead they would not lose again.

Kilkenny will face a known opponent in the final – they’ve already played both Wexford and Galway in the championship this year.