Magnificent Kilkenny are back - in the All-Ireland final 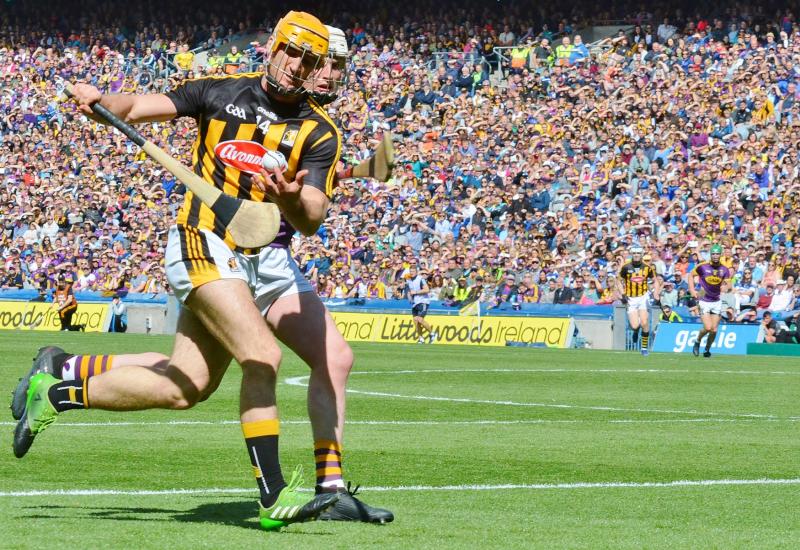 Colin Fennelly scored a fine goal in the first half

Kilkenny are back on the All-Ireland senior hurling championship trail. The Cats won a sensational semi-final in Croke Park today when unseating courageous champions, Limerick in a game of incredible intensity.

In the end a mere one point divided the teams after nearly 76 minutes of a battle that brought intensity to a new level.

Brian Cody, who has guided Kilkenny to 11 All-Ireland wins during a peerless reign, will now prepare his players for the final in three weeks time against either Tipperary or Leinster champions, Wexford, who play the second semi-final tomorrow.

In the end Limerick followers wondered about a late 65 they might have been awarded that might have earned them an equaliser, but although he admitted the call was wrong, their manager John Kiely suggested that was one of those things.

Kilkenny, whose early pace and touch was unreal, exploded out of traps. With the aid of a 14th minute goal from Colin Fennelly they led by a good 1-8 to 0-2 after 17 minutes.

Limerick stormed back, and with the aid of a penalty goal from Aaron Gillane on 35 minutes they had the gap back to 1-12 to 1-9 at half-time, although they had played with the breeze.

No one gave an inch after the change of ends. Limerick were chasers all the way, however.

On a few occasions subsequently they had the gap back to one and two points, but they just couldn’t get level and the Cats clung on for a magnificent victory.

It was a powerful hurling day for Kilkenny, with the minors also qualifying for the All-Ireland final when they beat Munster champions, Limerick.