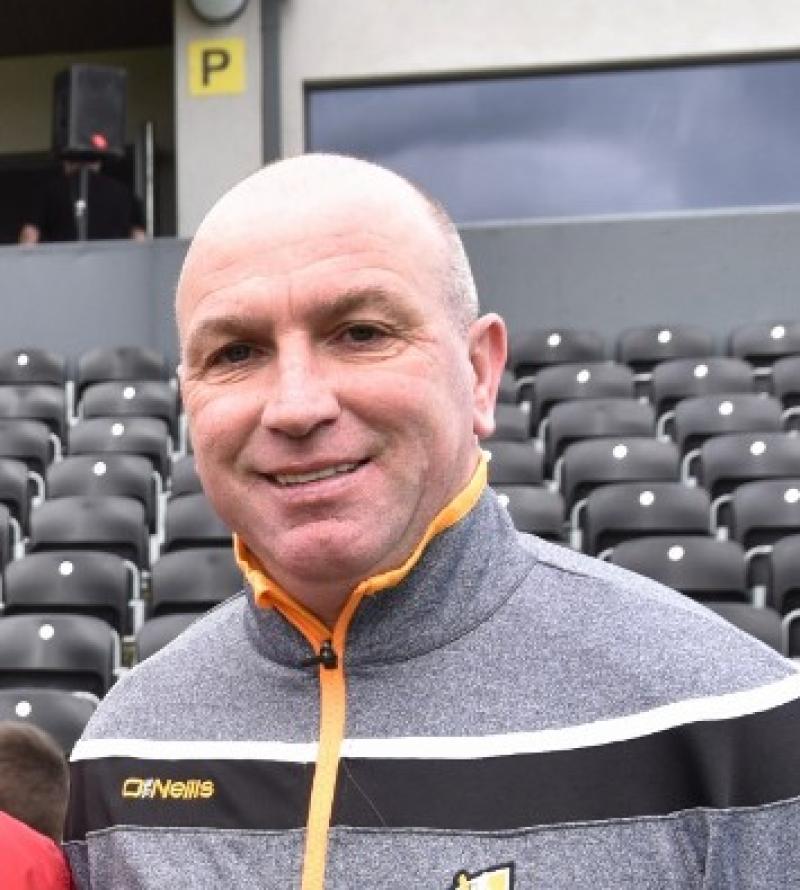 The Kilkenny under-20 team should look no further than the county senior and minor squads for inspiration as they prepare to face mighty Cork in the All-Ireland hurling semi-final in Portlaoise on Saturday.
The Cats destroyed all pre-match predictions when both sides downed fancied Limerick and charged through to the All-Ireland finals in Croke Park on Saturday.
“They were two terrific wins, very much against the odds too,” suggested Kilkenny under-20 team manager, DJ Carey (pictured right).
“The performances and results were uplifting for fans, and inspiring for every player. I think our lads will take inspiration from them.”
Cork were unlucky losers of the Munster final against Tipperary, when they were upended by an injury-time goal.
The current Leeside group were also unlucky losers in the minor championship a few years, so the Kilkenny manager said they had to be respected big time.
“Listening to the talk among fans coming out of the Munster final I was hearing that the two teams would be meeting in the All-Ireland final. That reflects how good the game was, and at the same time highlights the huge challenge we face.”
Saturday’s game will be Kilkenny’s fourth in the championship. They have already beaten Laois, Galway and Wexford in the Leinster final.
In each game they have shown improvement, and Carey is looking for more of the same.
Strong performance
“It was a strong performance to beat Wexford in Wexford,” DJ said, reminded that the Noresiders might have scored more, and the home side might have snatched a late goal.
“Wexford were going for the clean sweep in Leinster, which gave them added incentive.
“Taking on and surmounting that sort of challenge builds character,” he added. “We were delighted with the win.”
He thought Kilkenny’s first half showing was “powerful” against the wind, rain and all the elements.
“We didn’t continue it in the second half. That is something we worked on.
“In the first half the players set the standard of performance, but now, like the seniors and minors last weekend, they have to drive themselves to another level.
“I would be confident that it is in them,” he added.
Kilkenny expect to be at full strength for the match, including having senior star, Adrian Mullen ready for action.