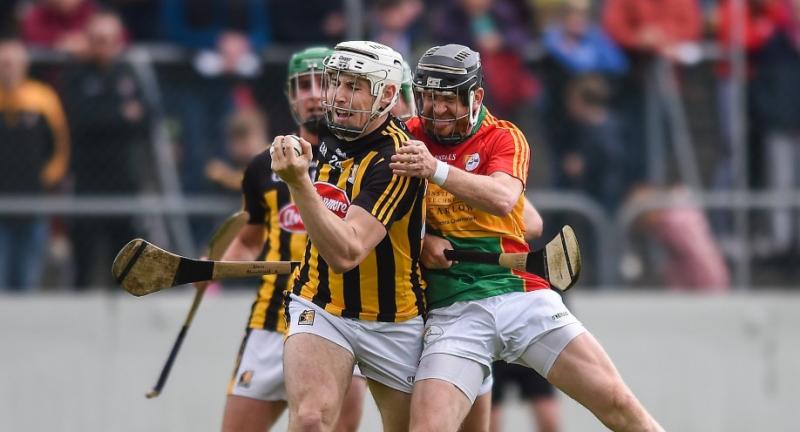 The impression being promoted by would be opinion formers is that this would be Brian Cody’s greatest achievement if he can guide Kilkenny to All-Ireland hurling victory this year.
Such a feat would be immense, bearing in mind where Kilkenny have come from, and after a National League campaign that gave little or no hint the Cats might drive forward so strongly and end up in the All-Ireland final.
Another showdown against Tipperary in Croke on Sunday, August 18 was far from the minds of fans when the Cats started out on the championship road against Dublin in Nowlan Park on May 15.
Indeed, many harboured fears concerning that match, but Kilkenny performed and beat the Dubs.
Look back to start
It is interesting to look back on that team now, bearing in mind Kilkenny’s current high end form, early championship anxiety and the fact they are in the All-Ireland final.
Exactly one third of the team that played against Dublin had changed by the time the Cats reached Croke Park on Saturday.
Out of the starting XV were Tommy Walsh (Tullaroan), Alan Murphy (Glenmore), Billy Ryan (Graigue-Ballycallan), Bill Sheehan (Dicksboro) and Ger Aylward (Glenmore).
Okay, Ryan and Sheehan were sprung from the bench against Limerick, but to shed a third of your team during a building and learning process in the championship and improve to the extent Kilkenny have took some doing.
Measured
Cody and his fellow selectors, Michael Dempsey, Derek Lyng and James McGarry have been measured in their ways.
They never got too high, they never got too low about things.
Since the start of the championship, the team has been improving all the way. Ideal!
The team they sent out against Cork in the All-Ireland quarter-final was probably the best at that time.
Richie Hogan started. Walter Walsh was used as a second half sub that afternoon and he played very well.
Both were retained against Limerick, so we are where you should be - at a point where the starting XV should all but jump out at you.
Cody would never concede that, because he likes to maintain uncertainty in order to keep players on their toes at training.
But it is a fact, just like it was a fact that no one had an idea about the shape of the team at the start of the campaign.
Key Match
When people review the season to date, the quarter-final against Cork will be the key match, the one that told Kilkenny most about themselves; the match that told them they could actually win this thing.
They played well against Wexford in the Leinster final, but they did an awful lot better against Cork the next day.
Okay, the defending was a bit ragged at times, but the unit held it together and it improved hugely against Limerick.
The attack has been sizzling, running up scores like 2-23 and 2-27 (that was magnificent against Cork), with TJ Reid in the form of his life.
Destroyer
As captains go, he has been immense, the ‘Mr Go To’ in times of need, the destroyer at other times.
A mention too about the fitness and conditioning of the Kilkenny players.
To run, tackle, take and give hits to the extent they did for over 75 minutes against Limerick bordered on the unbelievable, for amateurs.
Hats off to trainer/coach, Michael Dempsey. The timing has been perfect.
Kilkenny hit their best at the right time. The heavy training is over now.
Cody is thrilled with things, if the reading of the relaxed body language during Saturday’s press conference is anything to go by.
It took an immense amount of work and planning to get things into the healthy shape they are right now.
Cody’s greatest achievement?
He doesn’t measure things like that. In one way it will be his greatest, because it will be THE latest.
The next one, the next one, that is always the one that matters most to him.