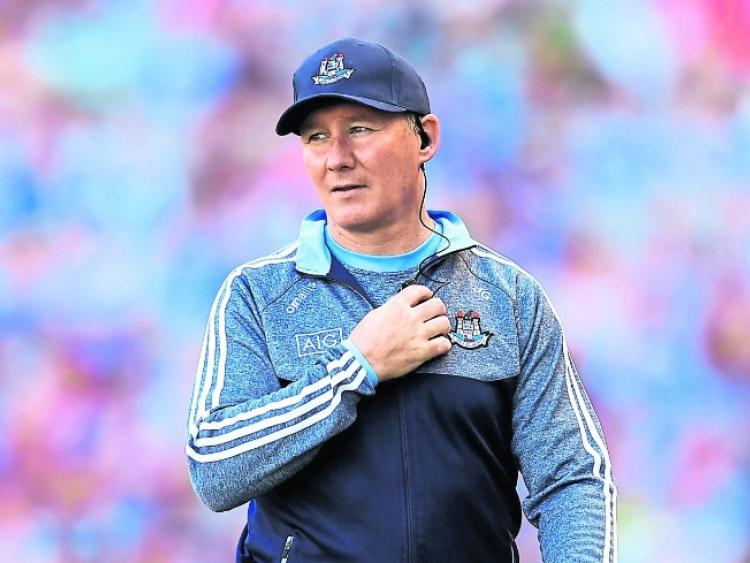 Well, that was fun, wasn’t it? Maybe not a classic, certainly not an epic, but an absorbing contest and a really good All-Ireland senior football final.

It even had the now customary red card just before half-time. Frequently a red card just before half-time can serve to kill off a game as a contest. (Ahem.) Here it did the opposite.
It also forced Dublin to do something they hadn’t done in recent finals. Perform like flesh and blood human beings, with all their imperfections, as opposed to chilly replicants.
For all their greatness there was one small qualm your columnist harboured about Jim Gavin’s men over the past few years. An incredible team cum collective, yes.
A contemporary Irish sporting phenomenon, absolutely. But in doing the four in-a-row they’d never shot the lights on the big day or won in the riproaring, swashbuckling style champions ought to win in every so often.
Programmed
There was always something so calculated and programmed about them.
Get a few points ahead with five minutes to go and they’d lock the doors and windows, deny their opponents any chink of daylight and play possession football until the final whistle.
Not a criticism, that. Quite the reverse, in fact.
To be able to manage the margins so finely was the result of superb coaching, precise game management and good old-fashioned footballing intelligence.
Hence Dublin’s winning margins in the course of the four in-a-row: three points, one point (in a replay), one point and six points.
But the neutral’s soul requires more than that. It needs to be able to feel as well as to admire in a dispassionate way.
On Sunday one finally ended up doing more than merely nodding one’s head in backhanded tribute to the champions’ efficiency.
They played the entire second half with 14 men and for the first 20 minutes of it they were comfortable. As well they might have been, admittedly, this team with gameplans supposedly coming out of their ears.
A pivotal sequence brought about a four-point swing against them and a couple of minute later they found themselves trailing. They proceeded to kick some awful and uncharacteristic wides.
Fair result
Yet once again, this time while standing on the cliff’s edge, their training took over and like an American football team they maintained possession until on the closing play of the afternoon they went for the throat, winning the free that Dean Rock fell short with.
A fair result? For sure.
After all, Kerry could – nay, should – have been eight points up after 20 minutes. Even this Dublin team would have had to produce something out of the ordinary to come back from that.
Would Kerry supporters have been delighted with such a performance had they known about it on Sunday morning? Undoubtedly.
Would they have been delighted with the result? Scarcely.
It’s hard to avoid the conclusion that this was their big shot and though they winded the other boxer they didn’t floor him.
Still, the Kingdom have what Mayo and Tyrone lack: scoring forwards. A puncher always possesses a puncher’s chance.
A friend of mine was not unhappy with the outcome, and not because he had money on the draw. (He hadn’t.) We’d been chatting on Friday evening and he made an interesting point.
No axe to grind
He had no axe to grind with the Dubs, he was quick to emphasise, and no grá for Kerry either. But he wanted to see Kerry win, or at any rate go close, for one simple reason.
“Kerry have won the last five minor titles,” he pointed out. “Being able to produce good under-age players has to count for something. If it doesn’t, then something’s wrong with football.”
Plenty of things are wrong with gaelic football. A match like this, however, makes them go away for a while.
A parting thought. Now that Mayo’s window of opportunity appears to have – alas – closed, how long to wait before we see a county other than Dublin or Kerry lift Sam again?
Or even, chillingly: will we ever see a county other than Dublin or Kerry lift Sam again?