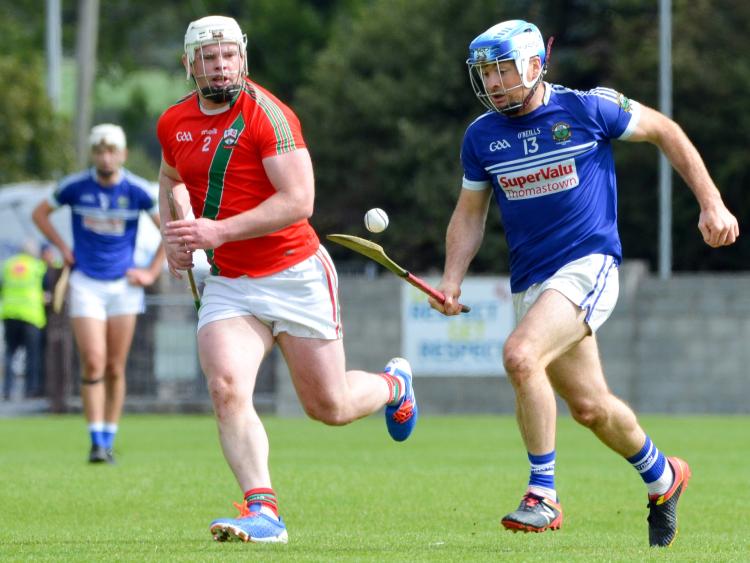 Tullaroan, who were beaten in the decider last season, looked to have weathered the storm when Shane Walsh pointed in the 62nd minute to leave them 3-18 to 2-18 ahead.

However, Thomastown, who attacked with venom through the second period, kept coming. On 64 minutes Robbie Donnelly pointed a 20 metre free from the left, and it looked like they would be beaten by the clock.

However, play rolled on and on, and in the final move of the game sub Daithi Barron got in a cross from the left at the country end. Although he didn’t get a good connection on the ball, Farrell’s effort from about 10 metres ended up in the net.

Tullaroan were 1-4 to 0-3 behind in the 12th minute, but a rush of goals from Tommy Walsh, Peter Walsh and Padraig Walsh between the 16th and 19th minutes took them into an interval lead of 3-7 to 1-8.

While Thomastown chased hard throughout the closing period, they didn’t get in front until Farrell’s goal arrived, which earned them their third league title.