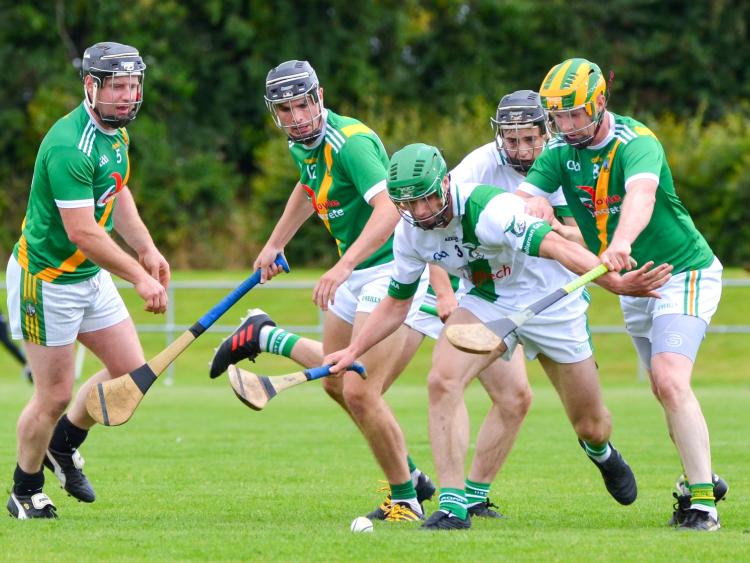 Tullaroan put the disappointment of a fourth loss in five League finals behind them in grand fashion when they scored a big win over struggling Fenians (Johnstown) in rain lashed Ballyragget today to saunter into the Kilkenny intermediate hurling championship semi-finals.

A week ago Tullaroan were down in the dumps after losing the final to Thomastown, but they hit the ground running in this knock-out clash and they were firmly on the road to victory after a mere seven minutes.

During that time Shane Walsh shot a hat trick of points, and with another from John Walton, plus a goal from Peter Walsh in the second minute they were already 1-3 to no score clear.

The winners had 1-7 on the ’board after missing a penalty before Fenians opened their account with a point from a free by Mark Webster in the 20th minute.

A second Tullaroan goal wasn’t far away, however. Former Kilkenny star, Tommy Walsh, ripped through the Fenians defence in the 23rd minute, and he set-up Peter Walsh to score his second goal.

The Fenians had the opening point of the new half from a free by Mark Webster, but it was back to business for Tullaroan after that and they ran out easy winners.