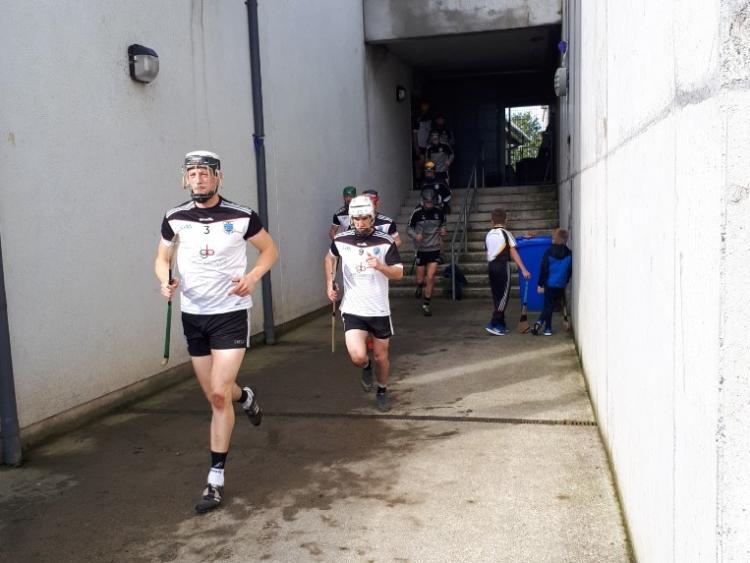 Defender Tom Aylward was a star for Mullinavat

Mullinavat put plenty of space between themselves and Graigue-Ballycallan during the opening half, but then they fell back in defence and things became a little more complicated before they won the ticket through to the Kilkenny senior hurling championship quarter-finals in John Locke Park today.

The winners dominated the first half when backed by the wind blowing down the field from the town end. Thanks to six points from the impressive John Walsh, three from equally impressive veteran Willie O’Dwyer and a 25th minute goal from a long range shot by centre-back, Michael Malone they were good and deserving leaders by 1-12 to 0-4 at the break.

Nothing much changed during the third quarter. Graigue got a bit of a scoring run going from there as the opposition began to fall back and pack their defence.

A run of four scores, points from Conor Murphy, Sean Ryan and a well struck lineball by Billy Ryan were added to a 44th minute goal form Sean Ryan to cut the deficit to 1-15 to 1-10 with 13 minutes remaining.

Graigue were on top in terms of possession as the ’Vat pulled back players, which left them with no one to win or hold the ball up front. However, the winners defence stood up well to the pressure, with full-back Tom Aylward in terrific form, but they showed some nerves before docking in safety in a match in which they were the better team.

The winners play O’Loughlin Gaels in the quarter-finals next weekend while the season is over for Graigue, the current intermediate champions.