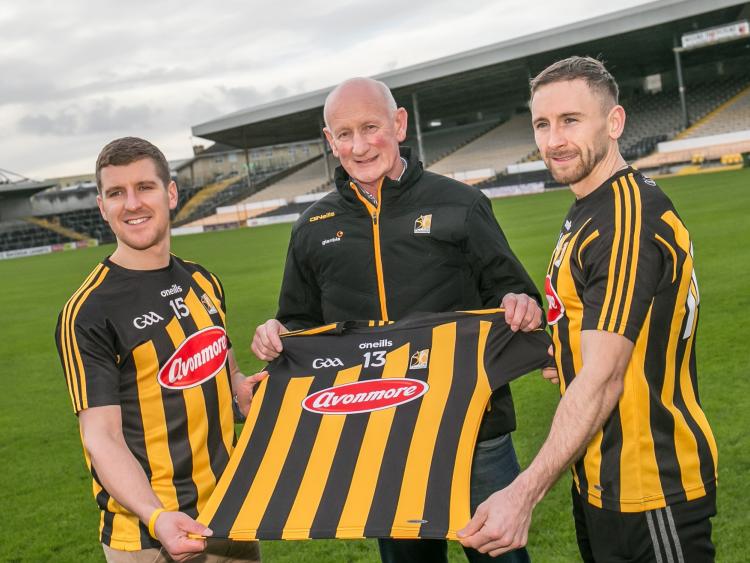 Kilkenny manager Brian with players Eoin Murphy (left) and Conor Fogar. The financial clout behind other counties appears to be getting bigger. T

Back at the start of the year Cairbre Ó Cearallain moved to Tipperary. To the Ragg, near Thurles, to be precise.
Who? Why? What???!!!
Listen up. This isn’t just about Tipperary. It’s about Kilkenny too.
Cairbre Ó Cearallain. Hurled minor for Antrim, has a master’s in sports science, worked in the Limerick hurling academy under Anthony Daly, who has the height of praise for him, and did three years in the strength and conditioning department at – wait for it – Arsenal FC.
When Liam Sheedy returned as Tipp manager he made Ó Cearallain the team’s S&C supremo. In turn, in order to do the job thoroughly and because he felt it was “important for me not to be just coming in and out of the county taking sessions”, Ó Cearallain upped sticks and decamped to the bucolic delights of the Ragg.
He was on call 24/7, as the saying goes, and in the run-up to the All-Ireland final the Tipp players took to visiting him at home at all hours of the day. He was subsequently namechecked by Seamus Callanan in the captain’s MacCarthy Cup acceptance speech and hailed as “an absolute legend” who “put some serious work into us”.
Call it an insight into the care and attention – and money – lavished on Tipperary this season. No stone was left unturned, right down to having their own S&C guy on tap. Handy, huh?
It cost, of course. But Teneo, the county’s sponsors, were only happy to shell out.
All of this brings up an obvious question. The answer will chill some readers.
You know what may constitute the biggest danger to the likelihood of MacCarthy Cup success for Kilkenny, or at any rate to the likelihood of sustained MacCarthy Cup success for Kilkenny, over the coming decade?
Not a lack of players. Clichéd though it sounds, there will always be hurlers on Noreside. That is one thing of which we can be sure.
Not a lack of tradition or enthusiasm. Clearly not.
Not a lack of good people involved at all levels.
No. A lack of resources.
Last year Limerick, with the considerable heft of JP McManus behind them, had 21 people in their backroom team. This year Tipperary, thanks to Teneo, had 27. Kilkenny had 13.
Relax. Correlation is not causation. We have not yet reached a stage where the All-Ireland is won by the man who possesses the fattest wallet. It was won last year by Limerick because they were the best team. It was won this year by Tipperary because they were the best team.
We may, however, be edging towards a period in which the marginal gains made off the field will decide what happens on it.
Let’s assume that little or nothing will separate the five or six leading hurling counties over the next few years. In that event the bells and whistles, the bolt-on accessories, will matter more than they ever have.
The most cutting-edge fitness regimes. The finest strength and conditioning programmes. The most sophisticated in-game management software. Highly qualified, vastly experienced backroom guys.
Don’t get me wrong. Having good players will matter too. Of course it will. What’s more, there’s an eternal danger in these situations of jumping on a bandwagon, of signing up for the latest fad, of trying to ape the neighbours or do something different for the sake of it.
That would be silly. But sticking one’s head in the sand and continuing to do what one has always done, just because it worked in the past, would be even sillier. Times change. Counties, officers and management teams must change with them.
Look at Cork. It took them long enough but finally they’ve made a couple of potentially far-reaching decisions.
First they appointed a new CEO in Kevin O’Donovan. Then they announced Munster Rugby’s Aidan O’Connell as their new high-performance manager “to develop and strengthen strategies relating to player development within the organisation”.
Look too at Dublin. They eventually got their house in order, after which their massive advantages in terms of population and money inevitably kicked in and the five in a row occurred.
If it comes to a battle of resources between Kilkenny and Dublin, or Kilkenny and Cork, over the next decade in hurling there will only be one winner. Well, two winners.
Neither of them will be the crowd wearing stripes.