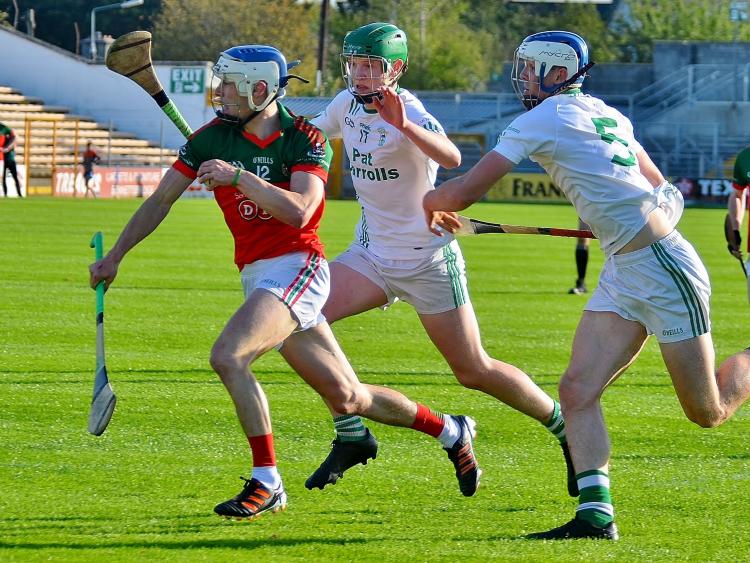 Luke Scanlon was lively in attack for James Stephens

James Stephens had to be careful and disciplined at the finish, and with former Kilkenny star, Eoin Larkin, giving a master class in reading the game at centre-back and sweeper, they held out for a good win over the Rower-Inistioge in the senior hurling championship quarter-finals in Thomastown today.

Twice during the closing five minutes the Rower had the gap back to one big score. However, on each occasion The Village grabbed points from frees by Niall Brassil to keep the opposition at bay as they joined Erin’s Own (Castlecomer) in the semi-finals.

The winners were sharp and precise during the opening half when getting favour from a wind that was cross-field to some extent. With Larkin an inspiring force in a tight and disciplined defence and Brassil, Conor Browne, Luke Scanlon and free taker Eoin Guilfoyle picked off nice scores, they build up a handsome half-time lead of 0-14 to 0-5.

That was good going, because ’Stephens shot just one wide during that half. The Rower’s lone scorer during that period was free taker, David Kelly, who was the biggest threat up front.

The second half action opened with an exchange of points, but progress was slow and difficult for the Rower afterwards.

When Richie Leahy (2), David Kelly (2 frees) and David Lyng all put points together the losers sneaked back into contention. With 10 minutes remaining the gap was down to 0-12 to 0-16 and it was game on.

’Stephens didn’t flinch. With Larkin, Conor Browne and Brassil powering into the game they held firm and saw the job through to a good finish. The Rower had a man red carded late in the match, but it had no bearing on the outcome.