Tullaroan turned all the pain into terrific intermediate championship win 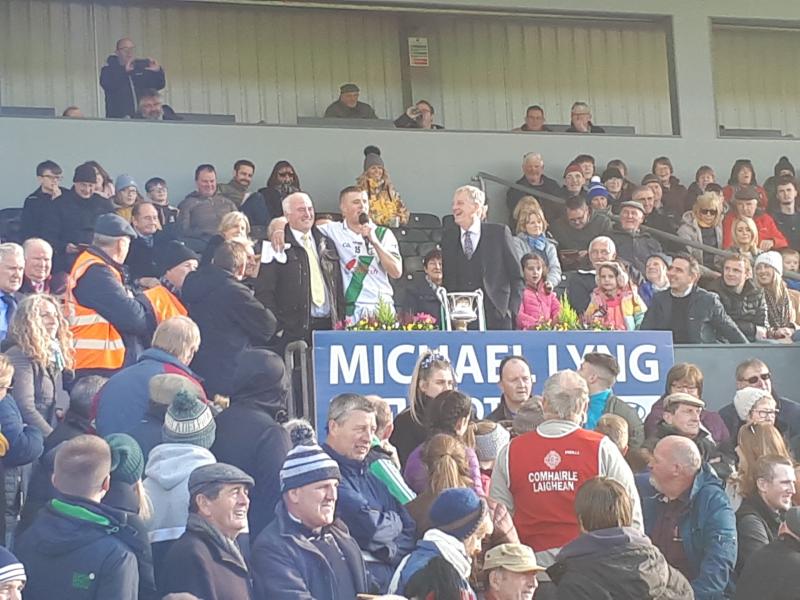 Tullaroan, possibly the most unlucky team in Kilkenny hurling in recent years, enjoyed their day in the sun in UPMC Nowlan Park today.

They turned in a powerful display of hurling to win the intermediate championship final, reversing the league final result against hard chasing Thomastown.

Tullaroan opened on the front foot and were very  positive from the off. After an early exchange of points defender Stephen Maher won them the lead in the sixth minute when he broke through a tackle to score from 65 metres.

That determined effort typified the Tullaroan attitude all afternoon. They kept pouring forward and were well worth their lead of 0-5 to 0-2 after Shane Walsh pointed a free in the 12th minute.

Things got even better on the quarter hour when Peter Walsh fielded a high delivery from Padraig Walsh before drilling a powerful shot to the net (1-5 to 0-4).

Thomastown, with the help of five points from frees by Robbie Donnelly, were back in the game when a mere 0-8 to 1-6 behind in the 24th minute.

Tullroan came with a late drive and a second goal from Peter Walsh helped them into a well deserved half-time lead of 2-8 to 0-10 because they had played most of the finest hurling during the half.

Thomastown, backed by the wind, opened the second half with a point from sub Eddie Donnelly. From there to the closing 10 minutes of so they chased with fierce intensity.

The game was there for the winning, and losing, in the 48th minute when John Donnelly pointed for Thomstown to reduce the gap to 2-13 to 0-18.

But Tullaroan, who had known the pain of slipping in the final straight in previous seasons, weren’t going to let it happen this time. They kept driving, driving, drivingt.

Peter Walsh pointed.  Then the ageless Tommy Walsh, possibly Tullaroan’s most famous son, read a back pass by a defender and intercepted the ball before shooting to the net and extending Tullaroan’s lead to 3-14 to 0-18.

There and then Tullaroan won the 2019 Kilkenny intermediate hurling final, and now they will represent Kilkenny in the Leinster club championship.