Yes, miles to go on journey of total inclusion in sport in Ireland 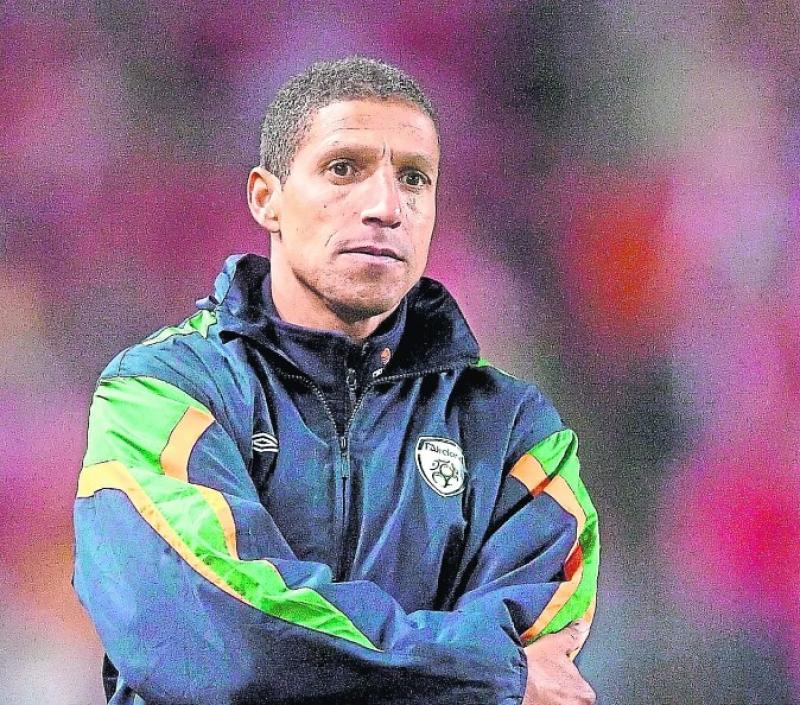 A two-marker for you. Thomas O’Connor helped create a goal for Gillingham against Accrington Stanley the weekend before last. For what country is Thomas O’Connor an under-age international?
Ireland, of course. He’s from south Kilkenny. I said it was a two-marker.
That same weekend, Festy Ebosele lined out for the Derby County under-18s, as did Gavin Bazunu for Manchester City’s academy team and Andrew Omabidele for the Norwich City under-23s, while elsewhere Manchester United’s highly rated under-17 striker Ademipo Odubeko signed for West Ham.
For what country are all four under-age internationals?
Ireland, of course. Despite the fact that none of them is from south Kilkenny, or even – unlike Seanie Maguire - north Kilkenny.
Forty years ago last week Chris Hughton became Ireland’s first black international. Much has changed in the meantime, most of it in the past 10 years.
Look at the local GAA front these last few months, come to that. Zach Bay Hammond from Thomastown starring for the Kilkenny minor hurlers. Dacel Fwamba winning an All-Ireland colleges medal with St Kieran’s and a county junior medal with O’Loughlin Gaels.
Look at the way rugby has become an unlikely bastion of social mobility. The England team horsed out of it by South Africa on Saturday featured players born in Samoa, Wellington and Sydney; the sons of emigrants from Jamaica, Nigeria and Grenada; and a chap who grew up on a London housing estate to a single mother and a long-departed father.
As for the winners, they had a bunch of non-whites, the captain included. One can hardly contemplate what some of the old Boer hardcore must have made of it without giggling. And remember, it is not all that long ago since South Africa’s black population were diehard ABSs. Anyone But the Springboks.
Commenting on the Hughton anniversary, Brian Kerr recalled saying to the FAI’s development coaches back around 2000 that “we had to cherish the new arrivals into Ireland, that they were going to provide a different mix and quality of players. I was keen for them to encourage clubs to absorb them and love them.”
Now Kerr may have been over-egging it when he declared that the Irish team had been “too white for too long” – what other colour was it going to be? – but there can be no argument with his wish that “the day we had Popovs or Achebes playing for Ireland would be a good day for the country and we’d have a better team. The teams should represent the society we have and the society we have is changing.” Quite.
It’s not a stretch to say that, almost certainly without realising it, Paul McGrath – his brilliance, his dignity, his trials and tribulations – assisted the process. Ooh ah indeed.
Ireland has one of the most gay-friendly societies in the world. It is no leap to expect a concomitant friendliness towards immigrants. But the integration process is never a straight line, particularly not when direct provision has become one of the burning issues of the day here.
Attitudes change, albeit not as dramatically or as quickly as we might wish. Sometimes one wonders if they’re changing at all. To have England’s black players booed in Sofia was scarcely a surprise. To have an FA Cup tie abandoned a few days later after Haringey Borough walked off because of racist abuse very much was.
Is it too much to say that we’re getting there, albeit slowly and occasionally with backward steps? Probably not.
Is it too much to say that Hughton and McGrath have assisted the process here and that Festy Ebosele and his coevals will continue to do so? Definitely not.