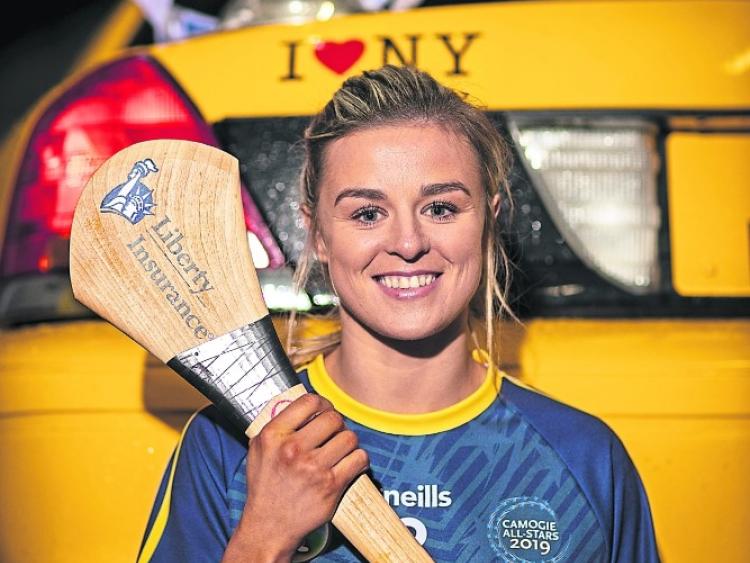 Kilkenny camogie star Grace Walsh expects Brian Dowling to make a seamless transition to the role of senior team manager in 2020.
The O’Loughlin Gaels club man assumes the mantle from Cats legend Ann Downey, who stepped down in the aftermath of September’s All-Ireland final defeat to Galway. Dowling was added to the coaching set-up for her final season in charge and will be joined by Tommy Shefflin and Philly Larkin in the new backroom team.
While Walsh admits Downey’s departure leaves a considerable void, she firmly believes Kilkenny have acquired a natural replacement in Dowling.
“Ann is incredible. She’s unbelievable, she is Kilkenny camogie. It’s disappointing that she’s gone, but Brian is brilliant and he has shown us what he’s capable of in the last year. Very approachable and everyone respects him so much. To be honest, him becoming manager isn’t going to change things too much,” Walsh remarked.
“They all kind of shared the roles last year. He is a brilliant trainer as well as manager. We all know him really well at this stage. It’ll be great to see the two new lads in, Tommy Shefflin and Philly Larkin. Both with great hurling experience, it’s something to look forward to.”
Putting things right
Instead of focusing on where it went wrong against the Tribeswomen, Walsh has her sights set on putting things right in next year’s championship. Despite falling to a third consecutive defeat in an O’Duffy Cup decider - Cork got the better of them in 2017 and 2018 - the Tullaroan player is confident they can remain in the shake-up for top honours.
“You go back if you believe your team are good enough to win,” she said. “I don’t even think - I know that we’re good enough. It’s just about reaching our potential on the day of the big games.
“For us this year, Galway blew us out of the water. It’s very disappointing for us to lose, but it’s something we can’t dwell on. We can’t change what has happened in the past. We just have to look forward to 2020.”
In stark contrast to the pessimism that greeted the game 12 months earlier, the impressive fare produced in the 2019 showpiece was the perfect footnote to an exciting year of camogie action. Walsh credits the role referees have played in helping the sport to evolve.
“I think 2019 has actually been incredible. There’s been a huge change, the game has been way more free-flowing and girls are able to express themselves and play real camogie when it’s not stop-start, stop-start,” she said. “It just showed what can happen when the referees let it go this year, because all the games were really exciting and very skilful.”
Walsh was speaking in Croke Park at the launch of the latest Camogie All Star Tour, which takes place in New York from November 21 to 26. The 2018 and 2019 All Star teams will face each other at Gaelic Park on November 23, with a reception at the Irish Consulate also forming part of the trip.
Seven Kilkenny players in total will be making the Stateside journey, with Walsh joining Anne Dalton, Meighan Farrell, Katie Power and Denise Gaule on the 2018 selection.
“When I was told we were going to New York City for the All Star trip, I couldn’t believe it to be honest. Something that not everybody will say they got to do before, is go to New York. I feel very lucky,” Walsh said.
“It’s nice to have some of your own crew with you. Equally, it’s nice to get to know the girls you’re playing against every year. It’ll be nice to make a few new friends.”