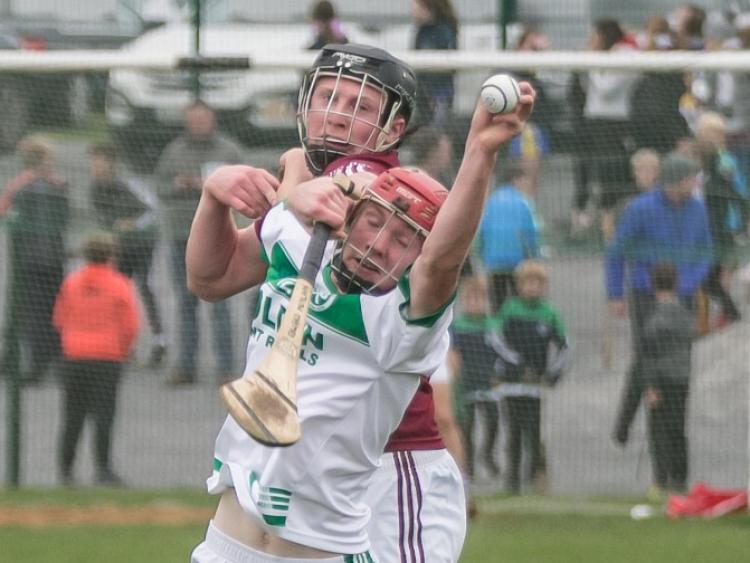 It was victory all the way for defending champions, Shamrocks of Ballyhale today when they stormed to a good win over James Stephens in the Roinn A under-21 hurling championship and at the same time Adrian Mullen proved his fitness.

A 46th minute goal by Kevin Fennelly was crucial as Shamrocks kept their dream of the three in-a-row alive at the James Stephens grounds on the Kells Road. The score put the champions 2-10 to 0-14 ahead and afterwards they never looked like being beaten.

Young Hurler of the Year Adrian Mullen didn’t start, but he came on as a sub in the 42nd minute. He scored a point and he looked to be moving well.

All indications are that Mullen should be fit for Shamrocks Leinster club senior hurling final against St Mullins tomorrow week in O'Moore Park, Portlaoise after suffering a dead leg in last Saturday’s easy victory over St Martin’s (Wexford).

Despite the heavy rain over the past few days, the ground played well. Wind backed James Stephens were the more creative side during the first half, but they were not flattered by an interval lead of 0-11 to 1-6. The Village missed a lot of chances during that half.

Shamrocks opened with a point from a free by Eoin Cody before Ronan Hayes tapped home a goal from close range. Free taker, Eoin Guilfoyle was the main score getter for The Village during this half, and he helped himself to eight points, seven from frees, by the break.

The game was there to be won or lost before a great run by centre-back, Darren Mullen, launched a Shamrocks  attack that Hayes and the powerful Darragh Corcoran continued in the 46th minute before Fennelly shot the all important goal.

Eoin Cody and Evan Shefflin, a huge score from distance, added points to the winners haul during the following minutes as they tightened their grip on the game.

Shamrocks play Danesfort in the semi-finals.

In the other Roinn A match played today, Dicksboro beat Mooncoin by 0-17 to 0-9. Oisin Gough was the winners top scorer with 0-6, four from frees.