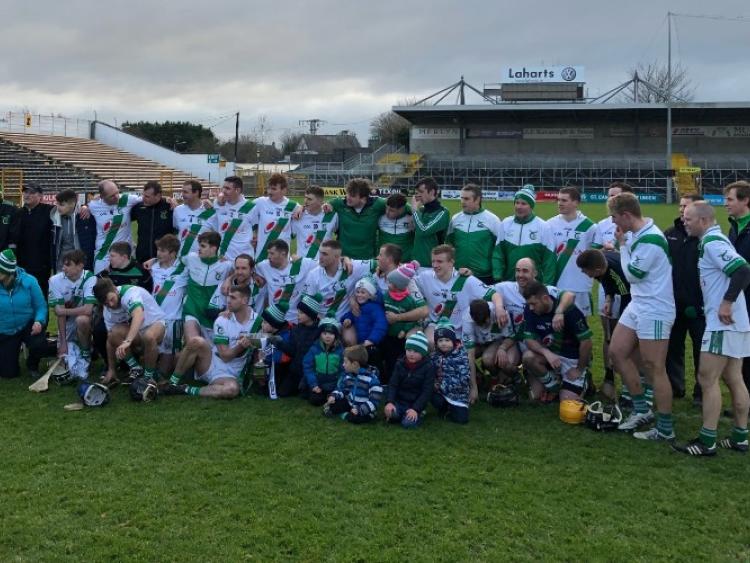 A powerful team performance saw Tullaroan keep the good times rolling as they added the Leinster intermediate club title to their county crown.

The Kilkenny champs proved too sharp for Offaly’s Seir Kieran to contend with as they romped to victory at a chilly Nowlan Park.

Captain Shane Walsh led the way, putting on a scoring show as Tullaroan took a 1-7 to 0-4 lead after 19 minutes, the corner-forward showing lightning-quick reflexes to turn the sliotar into the net after Dylan Simpson’s shot had been saved. Along with six pointed frees he helped Tullaroan stay ahead, but an Adrian Hynes goal gave Seir Kieran hope of a second half comeback (1-11 to 1-8).

The Offaly side, led by  Joe Bergin, tried their best to reel in the leaders after the restart, but were sunk when Tullaroan hit a second goal with 41 minutes on the clock. Goalkeeper Eoin Coughlan could only parry Mark Walsh’s high ball towards the square and was caught when Shane Walsh bundled the sliotar over the line.

That left seven points between the sides (2-15 to 1-11) but Tullaroan didn’t relax. While Seir Kieran did respond with a second goal of their own, Bergin drilling a 52nd minute free to the net, the winners hit eight of the last nine points to seal an emphatic win. All of their full-forward line – Shane, Tommy and Peter Walsh – contributed – as they made sure to end 2019 on a high.