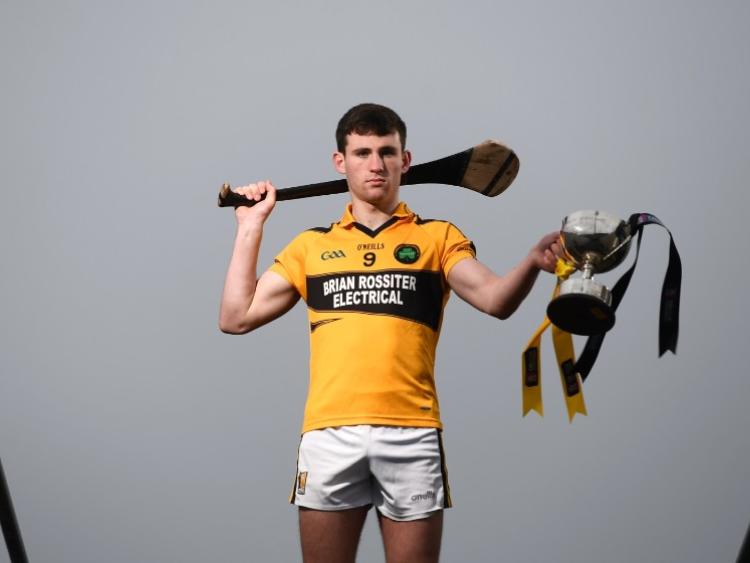 Conahy Shamrocks captured their second Leinster junior club hurling title in Enniscorthy this afternoon but they were made to sweat at the finish.

The Kilkenny side held a commanding 4-9 to 0-5 interval lead and although they had to face a strengthening breeze in the second half, bridging the gap appeared to be beyond the reach of Wexford side, Ballygarret Realt na Mara.

Conahy had wind advantage in the opening half and there was little between the side during the opening 20 minutes, with the Kilkenny side leading by 0-5 to 0-4.

A blistering closing 10 minutes from the winners during which they scored four goals decided the contest. The first of the Conahy goals came from John Mullan, who was picked out with a neat lob from Kieran Mooney to score.

Two goals in as many minutes from Conahy captain, James Bergin, back in the side after a month’s absence with injury, gave the winners a decided edge.

It got better for Conahy on the call of half time when James Bergin laid off the ball to Tom Phelan who finished with aplomb.

Ballygarret started the second half impressively, shooting a brace of points, and with a far more determined attitude. Conahy were forced to defend for much of the half with James Bergin isolated in the full forward line and seeing little of the ball.

The home side were given hope on 41 minutes when a long free from Jack Hobbs was flicked to the net by Eoin Corcoran.

The real drama came in the closing minutes of normal time, when Ballygarret grabbed a brace of goals from a long Jack Hobbs free and another from full-forward Shane Quinn.

Referee Richie Fitzsimons saw fit to play eight minutes of injury time, half of which was justified, and during that time the Conahy defence excelled repulsing many Ballygarret attacks.

The final whistle brought relief to the Conahy players and supporters who will wonder at the side’s indifferent second half performance. Ballygarret, on the other hand, will also rue a dreadful closing 10 minutes to the first half, but in the end the Kilkenny junior championship runners-up just held on for a narrow but overall deserved win.