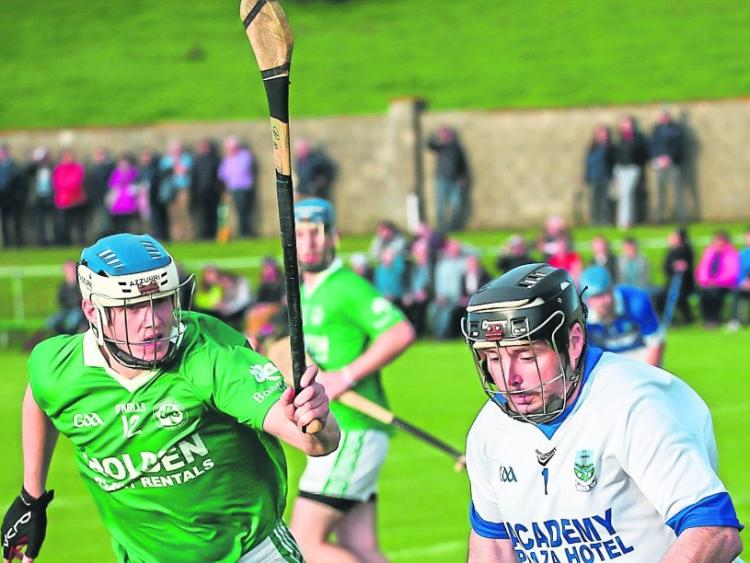 In the modern hurling age, tradition has more or less made way for unpredictability.
It has become so difficult to predict the winners of the All-Ireland hurling championship, never mind most county finals.
So when a team like Shamrocks of Ballyhale come along and sweep all before them, as they have in recent times, you know you are witnessing something truly special.
What has been even more impressive from Shamrocks is that they have regenerated and reshaped their team without breaking much of a stride.
In 2017 it was thought that Shamrocks had gone off the boil and they might be heading for a period in the shadows after failing to make the county final.
However, they came back to obliterate such talk and romped to victory in the last two county finals. Nobody in Kilkenny has really come close, in the championship at any rate.
That is not Shamrocks fault, however.
They have so much talent in their ranks - they are chasing a hat-trick in the under-21 Roinn A championship - that they have all but become a subset of the current Kilkenny team.
In the 2019 All-Ireland senior final they supplied four of the starting XV, and they will probably have more players to offer the county in the 2020 league and championship.
While Shamrocks were difficult to beat in Kilkenny, their march to victory in the Leinster championship was even more impressive.
Neither St Martin’s of Wexford nor Clonkill of Westmeath could cope with the challenge presented to them. Only St Mullins of Carlow stood in the way of a Leinster final victory.
St Mullins had been the success story of the Leinster championship before the weekend.
They had scored convincing wins over Cuala of Dublin and Rathdowney Errill of Laois. How they would cope against Shamrocks was the big question.
Everyone knew it would be a difficult task. To try and subdue a huge, gifted and mobile man like TJ Reid, for example, who enables the likes of Colin Fennelly and Adrian Mullen to wreak havoc in the Shamrocks attack is no ordinary task.
The wealth of talent they have is vast. It was up to St Mullins talisman, Martin Kavanagh, James Doyle and others to raise hell against the Ballyhale defence.
Very interesting
The Martin Kavanagh versus Michael Fennelly tussle was a very interesting match up among many. Matchday on Sunday presented a clear and pleasant November afternoon, perfect for hurling.
To say that St Mullins started brightly is an understatement. They put Shamrocks under serious pressure from the start and hunted in packs in all quarters.
Adrian Mullen scored a superb point in the second minute for Shamrocks, but the forwards found it difficult to even get in a position to get scores such was the ferocious nature of the St Mullins tackling.
TJ Reid, while he might have seemed quiet from play, still exerted a fair influence from frees.
From a St Mullins’ point of view, Martin Kavanagh was definitely a tour de force. He snatched a point in the 12th minute from midfield that really helped rouse the crowd.
The Carlow team had the Ballyhale boys on the backfoot for a good portion of the first half.
The Kilkenny, Leinster and All-Ireland champions were not let play with any freedom.
The finishing scoreline - 1-21 to 0-15 - didn’t really reflect St Mullins big effort. It wasn’t until the closing 10 minutes or so that Shamrocks closed their grip on the game.
Brian Cody stepped up and shot a brace of points. TJ Reid seemed to be everywhere at once and set up great scores for colleagues.
In the final straight it seemed St Mullins no longer had the energy to contain Ballyhale.
It did not help that James Doyle was not as influential as his team needed him to be. That, however, could only be a reflection of how good Evan Shefflin was at curtailing him.
However hopeful St Mullins supporters were about their team continuing their dominant performance in the second half, Shamrocks put a stop to it soon after the resumption.
TJ Reid found Colin Fennelly with a lovely pass. The game’s only goal followed.
That score was a turning point in the game. James Doyle had been denied a score at the other end as the ball clipped a post.
Shamrocks, true to their nature, went up the other end of the field and punished them.
Really, from there on, there was only going to be one winner.
St Mullins did not lie down. Like many a team before them, they simply were not able to snuff out winners’ attack.
Dangerous
Showings like this almost flow from the Kilkenny champions. When you think they are having difficulty scoring, that is when they are at their most dangerous.
They seem to be able to engineer scores out of nothing. That is a sign of a great team, and Shamrocks are worthy Leinster champions.
The Shamrocks victory capped off a great weekend for Kilkenny clubs.
Conahy Shamrocks and Tullaroan won their respective junior and intermediate Leinster club championships.
And the next generation added to the glad tidings. St Kieran’s College scored a gritty win over defending champions, Presentation College, Athenry in the All-Ireland post primary schools junior hurling Roinn A final on Saturday.
It appears that Kilkenny clubs and schools still have that winning formula!