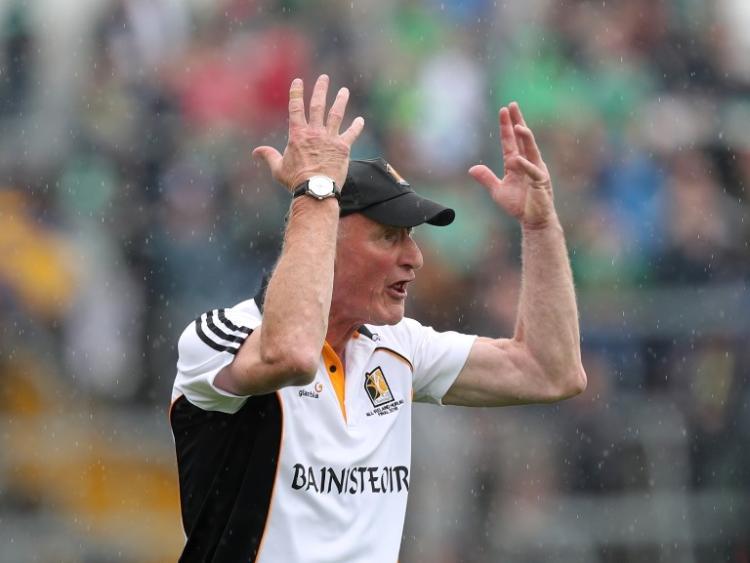 Brian Cody - when will his next great team be built?

I believe Kilkenny in the coming decade will return to their 1980s-90s norm of two MacCarthy Cup triumphs.
There won’t be anything wrong with that. Not in the slightest. It will, moreover, ensure that the county’s next All-Ireland victory is celebrated with unusual gusto. And no harm either, given the non-event that was 2015.

I’ve attended livelier funerals.
I believe it will take Kilkenny at least three years, and maybe five, to produce their next above-average team. Get to 2024 without an All-Ireland, or even the sniff of one, and people will be entitled to become twitchy. Not before then, though.
I believe it will end in tears for Jose Mourinho at Tottenham, simply because it always ends this way with him. The only question surrounds whether he can consolidate their Top Four position and — very much an afterthought in terms of why he was hired — possibly win some domestic silverware. Achieve this and his tenure will be a success, regardless of how high the flames of the final conflagration.
I also believe that, Mourinho being Mourinho, Spurs could go close to winning the Champions League this season.
I believe Kilkenny’s Seamus Hughes Kennedy will win an Aga Khan Trophy with Ireland before he’s too much older.
I don’t believe in elite-level athletics or cycling and I’ll try and ensure, as with Rio three years ago, I’ll watch as little of next year’s Olympic Games as possible.
Come to think of it, and to quote David Goldblatt here a couple of weeks ago, I don’t believe in the Olympic Games any more. Who could?
I believe Roy Keane, who was once fresh and funny, is profoundly uninteresting and a terrible, cardboard-cutout pundit. If I never again had to read about his latest, remorselessly predictable utterance I’d count it an immense blessing. As he remains a fount of good if lazy copy, not to mention a source of fascination for the Irish media, I’m not expecting deliverance any day soon.
I believe in coyotes and time as an abstract.
I believe it’s long past time for Kilkenny County Board to appoint a CEO, a financial controller and a sponsorship/marketing manager, each of them on a permanent basis. Off the pitch the GAA is not an amateur organisation and hasn’t been for ages.
I believe that many of the young men who idolise Conor McGregor will not be advertising the fact when they’re a little older and a little wiser. In fact I’m pretty sure that a good dose of selective amnesia will be the order of the day. Either way, Ewan MacKenna’s forthcoming biography of the – ahem – great man, Chaos Is a Friend of Mine, will make for enlightening reading.
I believe my ante-post bet on Leicester City to finish in the top four of the Premier League at odds of 16/1 is looking good. Actually there’s no “believe” about it. It is, which is not to tempt fate.
I believe that the greatest ever Kilkenny sports person is someone most readers have not heard of, and the ones who have are almost entirely over the age of 65. I use the words “sports person”, incidentally, because she ain’t a guy. More about this enigmatic figure in a couple of weeks’ time when I do a list of the Top Ten Kilkenny Sports People Ever!!!
I believe, in view of the recent torrents, that Willie Mullins will spend the next couple of months firing in winners on a grand scale, among them horses he was unable to send out last season because of the firmness of the underfoot conditions.
I believe the time has come for Kilkenny to recast James Maher. For various reasons, one awful injury included, he hasn’t quite made it as an intercounty midfielder or wing-forward. So how about trying him at wing-back, where in addition to defending he can attack the ball, carry it forward and snipe the occasional point from distance? By a similar token, how about taking a real flier and trying Conor Browne at corner-back?
I believe that there are no greater or more important sporting entities in these parts than Kilkenny City Harriers and the other athletics clubs of the county. Particularly their under-age branches.
I believe that the FAI would be a superior organisation were it run by the officers of Kilkenny City Harriers or the other athletics clubs of the county. Or indeed by the officers of any other sporting entities in Kilkenny. Or indeed by you and me. I may have only done pass maths for the Leaving Cert but I’d at least take good care of the basics. Stuff like, y’know, ensuring the accounts add up year.
I believe that Brian Cody’s lasting legacy to Kilkenny hurling will be the leaders he has helped to create and empower and who in their turn will inculcate leadership among their own players. Just look at the number of his former students who have already gone into management, and at high levels too.
Whether it’s Henry Shefflin who succeeds him, or Michael Fennelly or Derek Lyng or Eddie Brennan or DJ or Michael Rice, or some or more of these at different stages in their turn, the Cody credo of honesty, diligence and spirit will endure.
I believe George Orwell, for all his greatness as a writer, was being an absolute prig when he deemed sport to be “an unfailing cause of ill will”. Paraphrasing Carlo Ancelotti, I’m of the view that sport is the most important thing of the less important things in the world.
I believe that’s quite enough for this week...