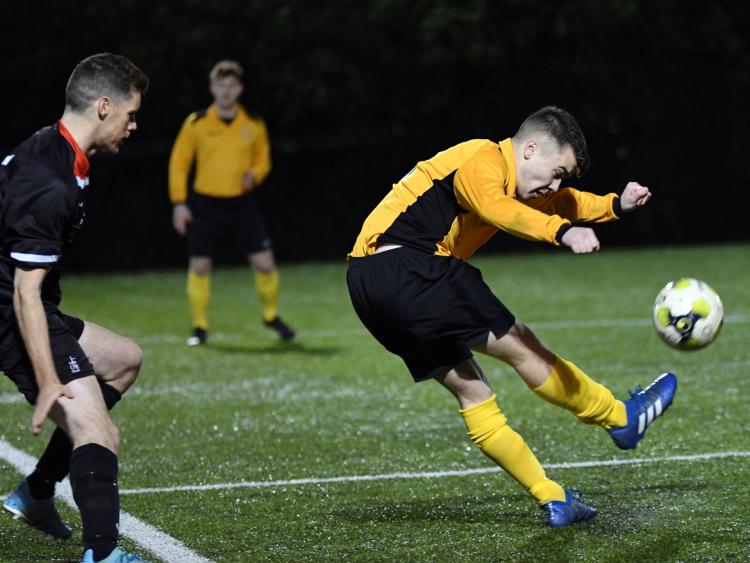 Andy Walsh in action for the Kilkenny & District League during their win over the UCL in this year's Oscar Traynor competition PICTURE: MICHAEL BROPHY

The venue and time for the Kilkenny & District League's Oscar Traynor Trophy game have been changed.

The Cats, now under the care of Johnny Maclean and Conor O'Neill, will go on the road to play Kildare this Sunday.

The match will now be played in Kilcullen on Sunday at 3pm.

Kildare also scored a win over the UCL, beating them 2-0 in their rearranged game on Wednesday evening.