Kilkenny's St Kieran's just couldn't do it second time round 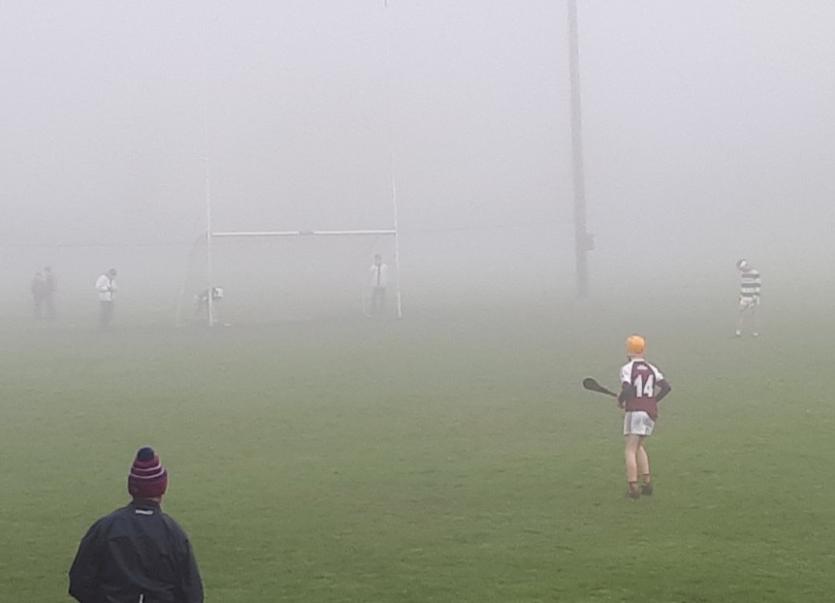 A picture from Banagher today

St Kieran’s College couldn’t do it second time round, but they put up one helluva fight before giving best to a good, well balanced Presentation College, Athenry in this replayed All-Ireland post primary schools junior hurling final in fog shrouded Banagher today.

The Cats won the initial fixture by a point at the same venue some weeks ago. A repeat looked on the cards after a Titanic effort when the brilliant striking Harry Shine shot St Kieran’s a point in front from a free in the 57th minute (0-17 to 0-16).

However, Athenry put in a mighty finish. With 90 seconds of normal time remaining, sub Orin Burke created an opening for Shaun Gilligan to shoot a goal from close range. Then in lost time Nigel Kelly added a minor to secure the title for the Connacht side.

A replay was ordered after St Kieran’s were found to have used too many subs during extra time in the drawn match, which was an absolute thriller. The teams produced another quality show on a grey, dismal day when only the closing quarter was played in decent light.

It was virtually step-for-step all the way, with the Presentation largely pushing the pace. After the scores had been level three times during the opening half, a point from Gavin Lee left the winners leading by 0-8 to 0-7 at the break.

A foul on Ben Whitty earned Shine the equalising score for St Kieran’s in the 36th minute (0-9 each). The losers were passed by the Presentation with Gavin Lee, Liam Leen and Matthew Tarpety playing some terrific hurling.

St Kieran’s stormed back, and the scores were level three times before they hit the front for the first time with that 57th minute point from Shine. They couldn’t hold Athenry’s late surge, however.