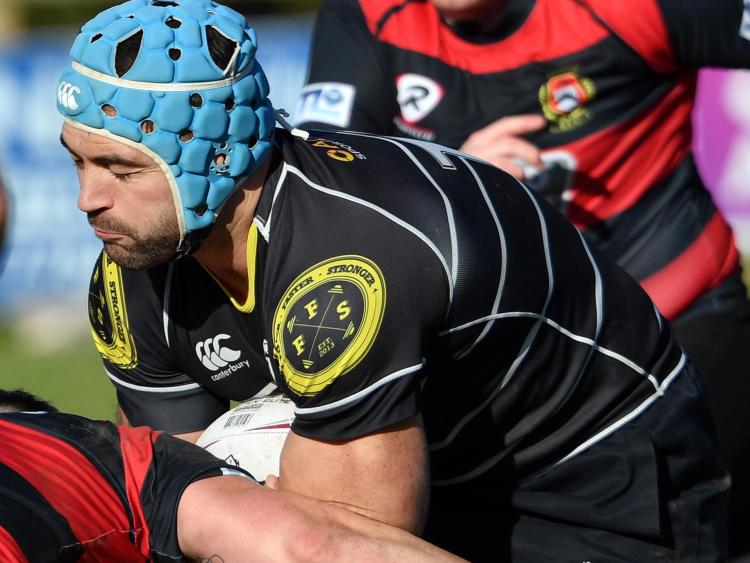 The season 2019 has been one of ups and downs for Kilkenny RFC. There have been agonising losses and brilliant victories.
In what is an ultra competitive Leinster League Division 1A, the first XV have shown admirable resilience since winning promotion.
Against all the odds they maintained their status last season, while qualifying for the All-Ireland Junior Cup for the first time. This is the premiere competition for the top 16 junior sides in Ireland.
Much changed at the end of last season. Coach Gary Conway stood down while the term of President Padraig Treacy ended.
In as coach came Kilkenny man David O’Connor with club legend Dave Matthews taking over from Treacy.
The club thanked both outgoing personnel for their great endeavours, particularly Padraig Treacy, who in his three year term brought efficiency, energy and passion to his post.
For years Dave Matthews has been the life and blood of Kilkenny RFC. He won a long list of honours from 3rd and 4th leagues and cups.
He is the ideal man to take the club forward.
In recent times the flow of youth players through to adult rugby has slowed to worrying levels, especially at 2nds level where the team has been battling against low numbers.
The draw from senior clubs is attractive. At last count Kilkenny had 19 players playing with senior clubs, including Cashel, St Mary’s, Lansdowne, UCD, Barnhall, Trinity and so on.
A review of the youth structure was carried out and some gaps identified. In June Steve Ashmore was appointed Director of Youth Rugby.
Ashmore, a highly experienced level 4 coach, previously head coach in Athy RFC, Kilkenny RFC and Carlow RFC coupled with his schools coaching in Kilkenny College is an ideal fit.
The Kilkenny-based Kildare man was tasked with improving the coaching structures at all levels, boys and girls.
Additionally, Ashmore works closely with adult rugby coaches to improve the pathway from youths to adult rugby.
Other significant changes saw Mick Hennigan elected as chairman and Vinny O'Shea as secretary. Glenn Tector took over the social portfolio.
Under the leadership of Matthews it is hoped the new personnel will build on the hard work of their predecessors to create a sustainable club.
Using the motto ‘Stronger Together’, the objective is to bring the different personnel, members and skills together to strengthen the club as a whole.
The rewards of this strategy will not be seen today or tomorrow. It is hoped that over the next three to five years that the benefits will be seen.
Youths rugby is steadily improving. Under the guidance of Mick McGrath the under-18s are beginning to get results.
With players like Tommy Doyle, Dan Dowling and Jamie O’Keeffe the basis is there for a successful season.
Noel Devlin is in charge of the under-16 squad.
At under-15 level Tim Kiely is building nicely, as is Eoin O’Carroll at under-13.
An objective is to develop the girls game in the club.
This season under-14, 16 and 18 girls teams were fielded.
Coaches
The coaches Gary Brickell, Derek Lawlor and Peter Harte deserve great credit for their work. Paulstown lady Mags Hennessy has put a huge effort into reviving and maintaining the girls game.
The club is progressing well. Plans are afoot to extend the dressing room. Construction is expected to start in mid-2020.
Disappointingly, the club was unsuccessful with its Sports Capital Grant application.
As the only rugby club in Kilkenny serving up to 300 young players this disappointed. The club is determined to drive on, however.
A landmark achievement came in December when youths player, Tim Corkery, Bennettsbridge was selected to start for the Leinster A team in the inter pro match versus Munster.
He became the first Kilkenny player in years to don the Leinster jersey at this level.
For the First XV squad, the 2019/2020 season has been largely positive. Newly appointed head coach, David O’Connor, appointed a strong network in supporting roles. Raymond Pembroke came in as team manager, John Buckley and Jared Dunbar as assistant coaches while Wes Carter was made club captain.
O’Connor needed to improve squad depth. He went about bringing back home players who had stepped away from the game.
O’Connor also needed to prevent some important players leaving. He achieved lots with the return of Sean Moran, Robert Kelly, Daniel O’Connor and others.
In all 21 new signings were made between First and Second XVs. The lure of senior rugby continues.
On the field, results have been reasonable. An opening day win over Seapoint was a boost.
Two losses on the bounce put things into sharp focus. The wins started to flow and a hard earned win away to Gorey got things moving.
Up to Christmas the side played 11 league matches, winning five. They sit in fifth position.
With three league games remaining, a top four place is a real possibility. However, there is still a worry of a seventh placed finish which would lead to a relegation/promotion play-off against the second placed team in Division 1B.
With two home matches against Suttonians and Dundalk and an away fixture against champions elect, Ashbourne it is a certainty that the home ties will be vital.

Qualification for the All-Ireland Junior Cup was an historic day in Foulkstown. A home fixture against Monivea prompted a fantastic display of attacking rugby. Kilkenny ran out comfortable winners.
Next Kilkenny were drawn away to Munster kingpins, Kilfeacle and District. A string side, marshaled by highly experienced out-half Willie Staunton, the Tipperary men ran out comfortable winners.
Disappointingly the First XV went down in an away fixture to a strong Bective Rangers in their last game of 2019.
Kilkenny started well taking a five point lead early on. Then they fell away.
The most notable moment came when full-back, Liam Caddy, scored a fantastic solo try.
Having played 12 games in 13 weeks, fatigue was a factor for Kilkenny. The Christmas break will bring time for recovery.
The Towns Cup draw saw Kilkenny get a bye into the second round.
Finally, all involved in Kilkenny RFC offer sincere condolences to the Halpin family, Stephen Street on the passing of their mother Ann. For years the Halpin name has been synonymous with Kilkenny RFC.
Ann’s late husband, Tom was a true character of the club, not only as a supporter but as a coach too.
While Tom worked the sideline, Ann was in the club kitchen conjuring up a hearty stew for the players. Mrs Halpin, as she was known, was highly thought of.
Tom and Ann were parents to one of the club’s most famous players, Gary Halpin. Gary gained many caps for Ireland while playing with Leinster, London Irish and Harlequins. He also represented Ireland at the Olympic Games.