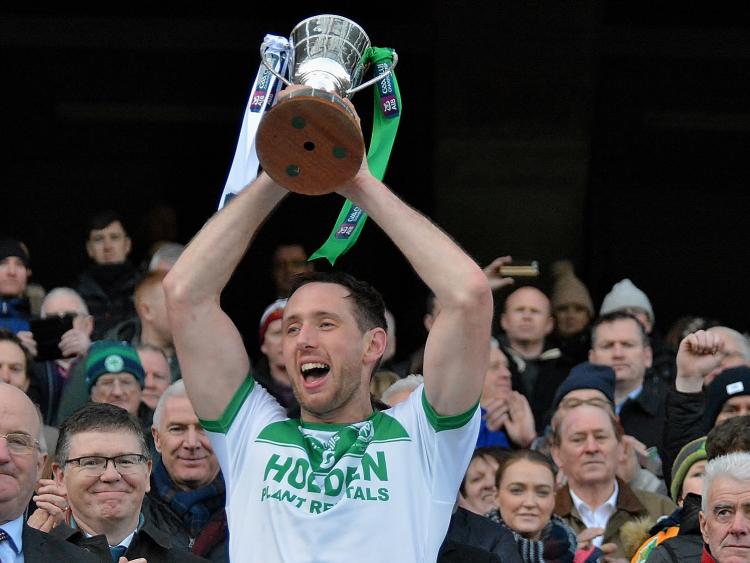 It was history, history, history all the way as Kilkenny clubs blasted their way into the record books at the weekend.
In every way, Kilkenny GAA clubs turned Croke Park into a theatre of dreams as the county became the first to win the three All-Ireland club titles.
Serial winners Shamrocks from Ballyhale added to their amazing run of success in the All-Ireland senior club hurling championship when they beat finely tuned Borris-Ileigh (Tipperary).
This was Shamrocks eight success in the nine finals they have contested; an unprecedented strike rate.
And there was more. Shamrocks, who head the Roll of Honour, joined an elite group of clubs who have put wins back-to-back in the championship.
“To win this one was the goal,” insisted former great and Shamrocks manager, Henry Shefflin, who has yet to taste defeat in championship hurling since he took over the reins two seasons ago.
“We really wanted it, because I think it’s a great sign of any team. To do back-t0-back you have to have serious desire and want.”
And brothers, Michael and Colin Fennelly, plus TJ and Eoin Reid, plus Mark Aylward, all claimed a fifth winners medal on Sunday.
Twenty-four hours earlier Tullaroan and Conahy Shamrocks beat the best Cork had to offer when out-classing Fr O’Neill’s and Russell Rovers in gripping All-Ireland intermediate and junior club deciders respectively.
Tullaroan, the biggest winners in the Kilkenny senior hurling championship with 20 titles, won an amazing shoot-out that produced a staggering 39 scores.
“There were probably a few heart attack moments there,” smiled Tullaroan manager, Jimmy Coogan, after team skipper Shane Walsh decided it with the last puck of the match in the 62nd minute.
Tullaroan will return to the Kilkenny senior championship this season with the pennant of All-Ireland champions flying at their club.
In an unusual twist, when the draws for the Kilkenny senior league were made on Monday night they threw two All-Ireland champions together, Shamrocks and Tullaroan.
It this a new milestone in the GAA too?
Conahy Shamrocks know all about milestones. Their win in the junior final was their second to go with one in 2008, but there was a first element to it too.
They didn’t win the Kilkenny junior championship. They were beaten in the final by the O’Loughlin Gaels second team, who, as per rule, were not allowed play in the Leinster championship.
This opened the door for Conahy to have a go. On Saturday they became the first team to take home the All-Ireland title not having won their home championship.
“Not a bad way to finish the campaign,” beamed smiling Conahy manager, Paul Buggy.