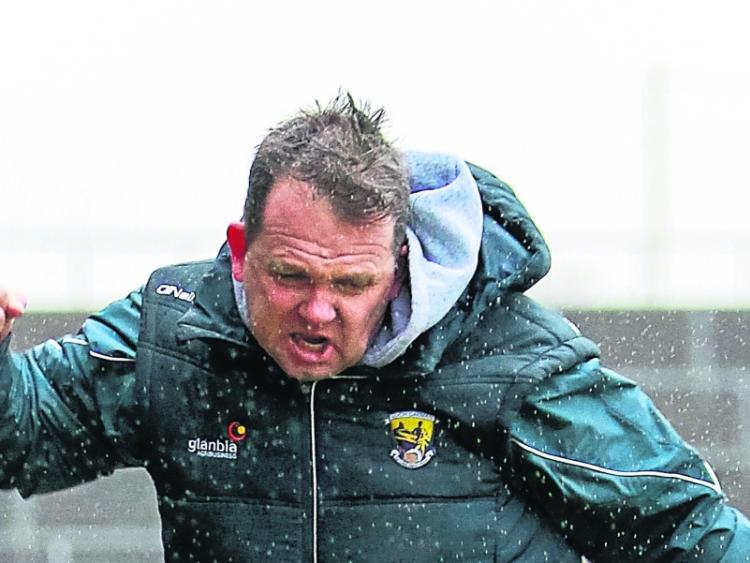 Points in the 67th and 71st minutes from Diarmuid O’Keeffe and Paul Morris (free) earned Wexford a thrilling win over Kilkenny in Division 1B of the Allianz National Hurling League at wind lashed Chadwicks Wexford Park today.

This was a day when a gale force wind shaped the game, and Wexford handled the elements very well. When John Donnelly drilled over a point in the 50th minute Kilkenny showed in front for the first time, 1-12 to 1-11.

The advantage didn't last long. Three minutes later the Slaneysiders got level with a score from Paul Morris, and slowly but surely they got a terrific running game going and after that they gradually took control of the match.

With the elements behind them, the Cats lost their scoring touch afterwards after shooting 1-6 during the previous 15 minutes. When Wexford sprung Lee Chin from the bench, he inspired the home side to a new level of performance, and they roared on to a thrilling win.

The victory means Wexford have extended their unbeaten run against Kilkenny to six games. Both sides are still on course to make the final stages of the League, with Kilkenny entertaining Clare next weekend and Wexford facing Dublin.

Kilkenny won the toss and captain for the day, Walter Walsh elected to play against the gale and towards the New Ross end. The wind, it must be understood, was gale force and strong enough to add metres to the carry of the ball, plus it held it up on those playing against it.

The Cats had the opening point from James Maher, but in one of two strong and sustained Wexford waves of attacks, the winners opened out a 1-7 to 0-1 lead by the 19th minute.

The goal was scored by Conor McDonald in the sixth minute (1-2 to 0-1) after he fielded a sideline cut from the left by Conor McDonald. The home side might have goaled again in the eight minute, but this time stand-in goalie, Darren Brennan, saved well from Kevin Foley.

For a while after that Kilkenny held their own as they ran with and carried the ball instead of trying to strike it up the  field. They enjoyed a good scoring spell at one stage when John Donnelly, Richie Hogan and Alan Murphy (free) all put scores together to drag the gap down to 0-5 to 1-9.

That was a good spell for Kilkenny, and it played a big part in helping them to get into a decent enough position at half-time when they trailed by 1-10 to 0-6.

While the visitors got in front during the closing half, they couldn’t hold Wexford when they cut loose with their hugely effective running game.