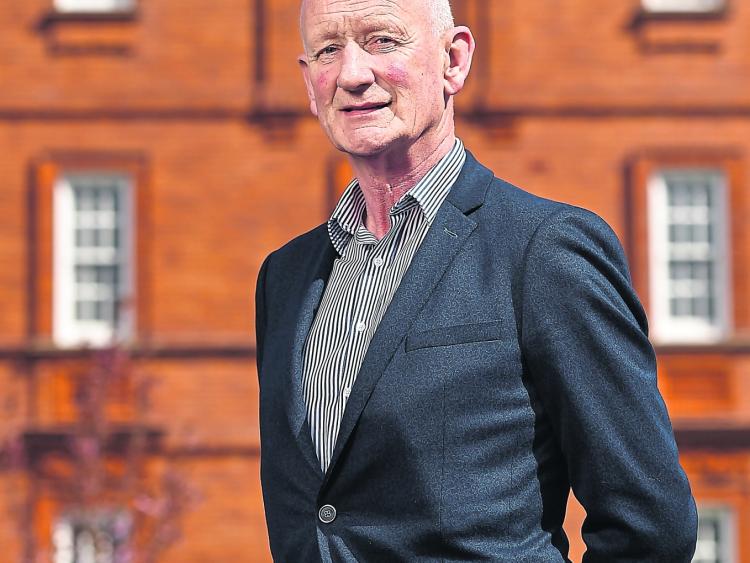 Getting the job done and wrapping up a place in the Allianz National Hurling League quarter-finals was what Sunday’s match against Laois was all about, according to Kilkenny manager, Brian Cody.
And now with a home match likely, Cody revealed that captain for 2020, Colin Fennelly, TJ Reid and Joey Holden could all feature from here on as the rest period for the players from the three All-Ireland club championship winners was completed.
Youngsters Darren Mullen and Eoin Cody from Shamrocks returned to the fold in recent weeks, while Joey Holden was on the bench for Sunday’s UPMC Nowlan Park clash against Laois.
Walsh returns
As well, Padraig Walsh (Tullaroan) made his return, following in the footsteps of Martin Keoghan and Tommy Walsh, who stepped back into the fold in recent weeks.
Another Tullaroan lad, Shane Walsh, joined the action on Sunday, as did Conahy Shamrocks attacker, James Bergin.
“Colin would have come into the reckoning today, but he picked up a slight knock at training on Wednesday night,” Cody revealed.
“TJ (Reid) is ready to come back hurling as well.”
Apart from the injured Adrian Mullen, whose season was finished by a ruptured cruciate ligament injury suffered against Clare recently, Kilkenny could be at, or close to, full strength for the remainder of the League.
“Picking up that injury was huge disappointment for Adrian,” the manager insisted. “He’s a wonderful young hurler. It’s the cruel injury that nobody wants, that’s the reality of it.
“We are obviously going to be playing against a very, very good team from the other group the next day, which is good,” the James Stephens man continued.
“That’s going to be a huge part of our training and such-like and maturing as a team and developing as a team.”
The manager insisted that winning and getting into the quarter-finals was paramount.
“We didn’t want to be depending on other results, whatever it was,” Cody continued. “It was an up and down kind of game for both teams, but the object of the exercise was win.”
When asked specifically about players who had performed well, he showered praise on stand-in goalie Darren Brennan, who brought off a couple of great saves.
He said regular goalie, Eoin Murphy was a top-class goalkeeper, and it was very reassuring to see the quality of Darren there as well.
And what about Eoin Cody, who was the star of the show on Sunday?
“Eoin is not the free-taker for his club,” he reminded when making reference to Cody taking over the free taking duties from the injured Alan Murphy in the second half.
“It was a big ask when a fella is not used to standing over frees to take them. Alan went off with an injury and Eoin just took it on and did very well.”
He felt Laois played some great hurling at times, and they created some great scores.
“Obviously a few went astray as well, but look, we all saw Laois last year and they are going to be a step ahead of that this year,” he felt.
A bit to go
Former Kilkenny star and Laois manager, Eddie Brennan, said he felt they were right in the match and they saw the effort out to the end.
“We have a bit to go yet,” he added. “As much as we rode our luck at one end, we had a few chances at the other end but goalie Darren Brennan was in top form.
“We could have had another goal. If Eoin Gaughan’s chance had gone in just before half time it could have changed things. It is always about where you are going and what you are trying to learn.
“That was the process. It was always going to be that way today; what we could learn. We have to go away and find those little edges, because that is the difference at this level.
“You have to go to the ball. You have to rise it. You have to do that every time.
“You can never let your man be in front of you. Those are the small things we have to learn, we have to get right. We know we have hurling.”
What was the message from the League for Laois?
“We still have plenty of work to do,” Eddie replied. “That is the way always. To make that step up is difficult because you are down the line relative to the top teams. That is life.
“That is where we are. There is definitely plenty to work with.
“We do a lot of things good in terms of getting the lads to go and play hurling. A lot of it with us is that we have to eradicate mistakes.
“That is the big thing with everything at this level. If you make unforced errors and the opposition punish you for them, that can be the difference in the end.
“When you are looking at a match that might be close, that is what will get you over the line. The least amount of errors you make the better.”